OK. Maybe not for *every* family. But there sure were *a lot* of families there this year.

If you have never even *heard* of the Denver Zombie Crawl, let me enlighten you.

Started 5 years ago by Denver native Danny Newman, the event has grown exponentially every year until this year’s event, held last Saturday in Skyline Park, was attended by over 7,000 of the walking dead. SEVEN THOUSAND! That broke a Guinness World Record, people!

I was there. It certainly was a TON of zombies. 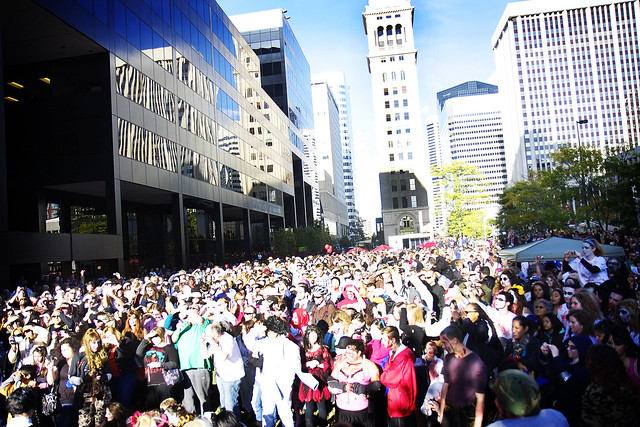 Everyone gathers mid-afternoon, in the park, and OF COURSE, Michael Jackson’s Thriller is played, danced to, consumed, whatever – before the zombies are released on the 16th Street Mall. Then the Crawl begins in earnest.