The Denver Museum of Nature and Science has always welcomed the tiniest explorers and scientists. But now, they’ve taken everything they know about engaging young kids and channeled it into a gorgeously whimsical, brand-new Discovery Zone. Housed in the stunning Morgridge Family Exploration Center, the new and improved 5500 square foot Discovery Zone is going to be one of the most popular top spots for tots in the museum—and maybe even in the city.

It’s easy to see why. I took three kids, ages seven, five, and three to check it out one recent morning. They are at the perfect ages for the Discovery Zone. Their first words as we walked through the doors were “whoa!” and “wow!” and “what!?” I don’t think they knew where to begin. Clearly, the designers read the minds of kids and created a space they can’t resist.

The Discovery Zone is sectioned off into six smaller distinct areas, echoing the architecture and geology of Colorado. Each area has multiple experiments and activities that will capture young imaginations.

The most popular attraction was Water Way. Multiple troughs, leaping fountains, a swirling vortex of water, mists, channels, and an icy pyramid drew in kids of all ages. Adults splashed, babies splashed, kids splashed, all while learning the properties of water and how to manipulate it. The flooring underneath seems to be some sort of space-age non-slip spongey stuff. It gets quite wet, so there are waterproof aprons for the splashers and sprayers. Hardly anyone wore them, though, because it’s fun to get wet. 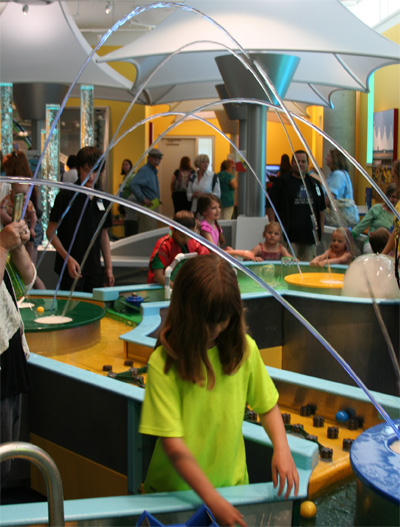 Dinosaur Gulch allows junior fossil hunters to engage in role playing, all in a climbable pit filled with soft pellets. Hidden dinosaur treasures lurk beneath, waiting to be uncovered with brushes and a kid’s own steely instincts. There’s also a cool cave underneath, which my 5-year-old said was for scaring people. Beware. 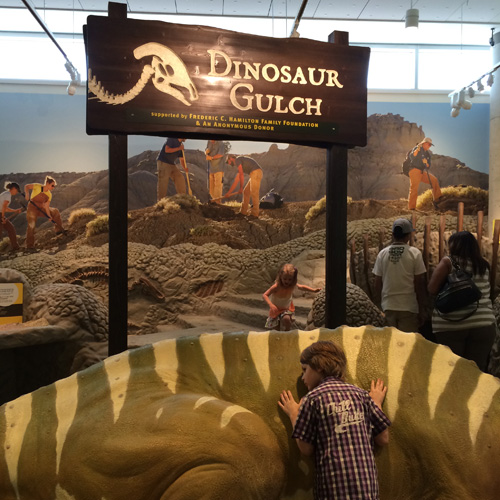 My 7-year-old daughter adored the Science Kitchen. This is a roomy lab that caters to older kids, with stations set up at tables. There was a dummy for studying human anatomy, rocks with magnifying glasses, tools for making sounds, exploring healthy foods, games, and art. 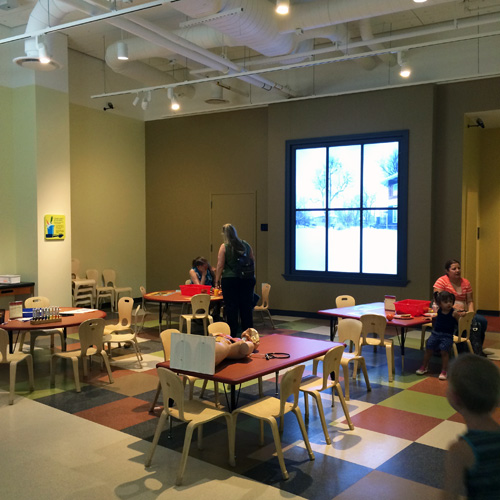 Picture a wall of gears, cogs, balls, chutes, and spirals, all controlled by little ones turning cranks. You’ve found the Construction Corner. This was the hot spot for my 3-year-old and what appeared to be every other 3-year-old in the museum. They were amazed and amused watching the mechanisms at work. It didn’t take long for them to figure out which crank did what. The best part was watching them work together. It is a spot where kids learn to collaborate to make cool things happen. Also, there are cars, dinosaurs, blocks, and magnetic troughs to play with. It’s all about building and creating for little engineers. 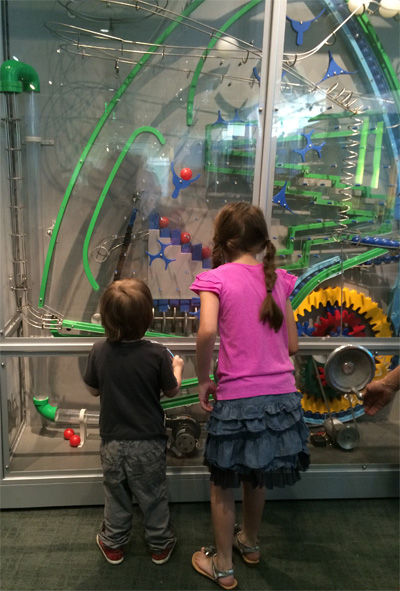 The DMNS values bringing science alive through fun performances. The Explorer’s Playhouse has regular programs and plays with plenty of audience participation. There are also costumes and musical instruments to use so your little one can produce her own show. 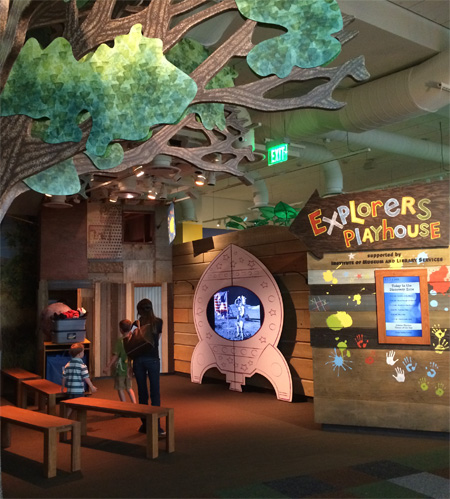 The museum’s youngest visitors, who are normally found in strollers, slings, and carriers, have their own special area called Big Backyard. It’s thoughtfully geared toward kids under age two. They are free to creep and toddle in this safe, quiet space without worries of getting mowed down by rightfully-giddy older kids. 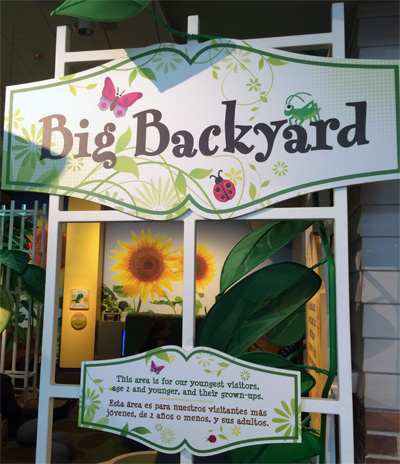 The New Discovery Zone opens on June 7, 2014. It’s located on the second floor of the Morgridge Family Exploration Center. Beware of getting wet and of the difficulty of trying to convince your kids it’s time to leave. We predict it will become a must-visit place every time you visit the DMNS. Entry is included in the price of regular museum admission. It’s open from 9am to 5pm daily.