My 8-year-old son Bode’s friends have varied interests. Some are soccer and track stars, others like math, reading, basketball, riding their bikes and swimming. But the one thing that binds every single one of them together is they love video games.

So, when Bode announced he wanted to have a video game birthday party, I balked. We tried to pull off that theme a few year years ago with our Wii and various DS gaming consoles but it was so anti-social as each child retreated into their little gaming space. Video games are fun, but the caveat for throwing a similar party was it had to be a bonding, social experience. 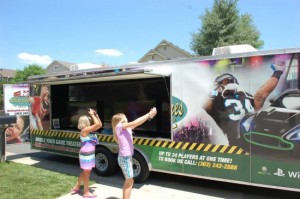 I first connected with Mike Worley’s company on Twitter several months ago and thought the concept was brilliant. A 32 -foot mobile video game theater chock full of your favorite video games that comes to you? Sign me up! (Or rather, my son).

Mike, a father of two, left Janus Capital two years ago to start RVG. Though he doesn’t consider his family “gamers,” he loves the idea of providing parents with a fun, easy and memorable party for their kids. His gaming trailer is now used for all kinds of events–everything from tailgate parties, private tournaments, employee appreciation, church events and farmer’s markets. When you book a party as a result of seeing them at your kid’s school, they donate money back to that school’s PTA/PTO.

“This weekend, I have two birthday parties: the first is for a 21-year-old and the other is a man celebrating his 40th birthday,” says Mike. But his most popular demographic? Boys ages 8-14.

Ever since we threw my husband Jamie a surprise party a few years ago, Bode has been begging to have one so I figured this was a perfect opportunity. His 14 friends gathered in the RVG trailer and when Bode arrived after lunch with his dad, he was bombarded with ecstatic boys yelling “SURPRISE!” Dumbfounded, Bode responded, “I had no idea!!!” 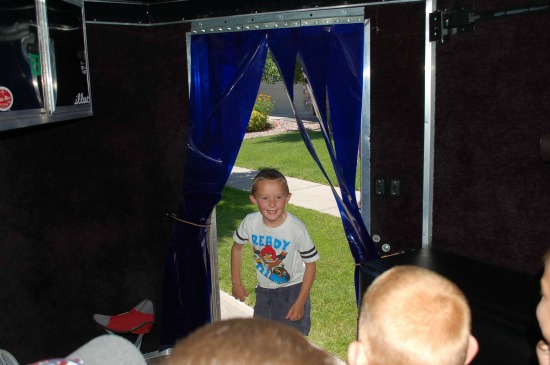 I think his sheer joy will only be comparable to his wedding day and maybe the birth of his firstborn child. So long as its name is Steve.

If you love Minecraft, you’ll totally get the reference.

The trailer has four 46” HDTVs with two more outside (allowing a total of 24 gamers) and offers more than just Xbox, PlayStation and Wii gaming consoles. They also have DirecTV satellite and can customize their party package so the kids can play video games inside the trailer, while the adults can kick back and watch the Broncos game on HDTVs mounted outside the trailer.

The best news of all? The kids wanted nothing to do with me so I wandered around dazed, confused and downright grateful. It was my best and easiest party, ever. 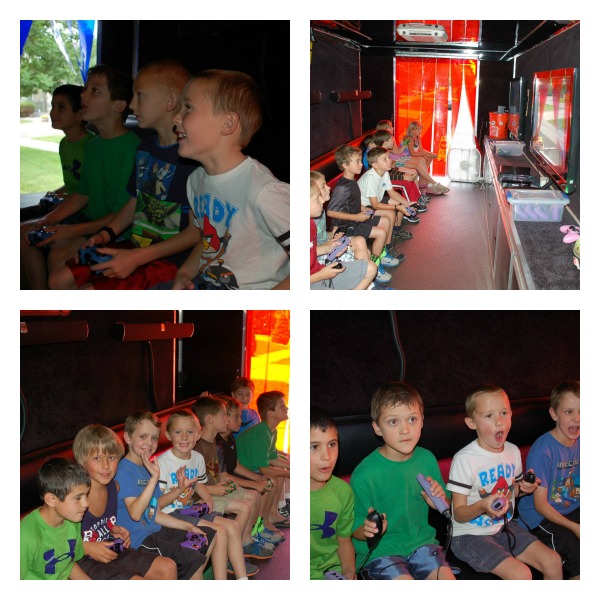 That is until our two hours were up, it started raining and instead of holding the rest of the festivities in our backyard, I had 14 squirrely 8-year-olds racing through my house.

Next time, I think booking the three-hour package with Rolling Video Games Denver is in order.

Find out more about Rolling Video Games Denver at rollingvideogamesdenver.com,  303.242.2888 or [email protected] Thanks to RVG Denver for hosting!