When Ron Cabrera was hired as superintendent of the Thompson School District in 2008, he took the helm of the 16,000-student district without the full support of the board.

But former board member Marcia Venzke, who was one of those opposed to Cabrera’s hiring, said once the new leader had been chosen, the board got behind him. 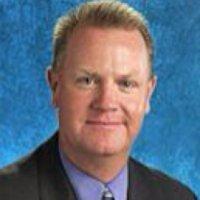 “We made the decision as a board to support him because a successful superintendent makes for a successful district,” she said.

Whether the same goes for Daniel McMinimee, who emerged as the sole finalist for superintendent of bitterly divided Jefferson County Schools, remains to be seen. The board voted 3-2 on Saturday to name him the only contender for the job.

The board still needs to officially approve the hiring of McMinimee, who serves as assistant superintendent of secondary education for the Douglas County School District. But barring some unforeseen shift in positions on the board over the next couple of weeks, McMinimee will become the next leader of the 85,000-student district.

And the vote to put him in that position likely won’t be unanimous.

Bruce Caughey, executive director of the Colorado Association of School Executives, said divisions in school leadership typically manifest after an election — not during the superintendent hiring process.

“As a superintendent coming into the job, you would like the unified backing of the board,” Caughey said. “But I’ve seen superintendents navigate split boards.”

Cabrera, who now works for the Boulder Valley School District, said the split vote on his hiring did “give him pause” going in, but he managed to forge a productive relationship with the board.

“For the first three years, the board that hired me did work collaboratively and cooperatively,” he said. Then, in 2012, a board of largely new members fired Cabrera.

Venzke said Cabrera made the right moves upon becoming Thompson’s superintendent. “He was very open and did a 100-day listening tour in the community,” she said. “That helped a lot because his hiring was contentious. I thought it helped heal that chasm with the school board.”

But Venzke said Jefferson County’s divisions are more “profound” than what existed in the Thompson district.

The Jefferson County Schools board has been starkly divided since a slate of conservatives — John Newkirk, Julie Williams and Ken Witt — won election in November. The board has clashed with itself, with the teachers union, and with former Superintendent Cindy Stevenson, who abruptly resigned in February.

Some see selecting an administrator from Douglas County as a not-too-subtle effort to import that county’s conservative educational policies to Jefferson County.

Tony Lewis, executive director of the Donnell-Kay Foundation, said that given the deep divisions in Jefferson County, it will be “really hard” for McMinimee to build the necessary bridges and heal wounds. But Lewis said McMinimee should start by reaching out to the two dissenting board members, Lesley Dahlkemper and Jill Fellman.

McMinimee told The Denver Post on Sunday that he plans to meet with school and community leaders ahead of the hiring vote so they can get to know him and hear about his leadership philosophy.

Liz Fagen, superintendent for the Douglas County School District, said McMinimee is a “relationship-builder” and understands the situation he is walking into.

“Dan has a lot of good qualities that will help him build relationships with the board individually and collectively,” she said.

“Leadership is about bringing people together around a collective vision — and Dan has those strengths.”

Do you think what the Jeffco School Board is doing is shameful?

We are graduates of Jefferson County Public Schools.

We are parents of Jefferson County Public Schools students.

We are business owners and members of the community.

We’ve been room moms. We’ve volunteered at Field Day and music performances. We’ve sat in the stands to cheer our students for their academic and athletic accomplishments.

We’ve participated on accountability committees and are veterans of PTA and bond/mill levy campaigns.

We believe in the district’s ability to offer a quality education to our children. And yet what we’ve seen going on in Jefferson County Schools over the past several months is deeply troubling.

School boards have traditionally been nonpartisan, but that no longer is the case in Jeffco. The result is a school board that appears more committed to carrying out a political agenda rather than one focused on what’s best for our students. In fact, recent actions by the board’s new majority have done nothing more than throw the district into chaos.

Acting in direct conflict with district policy, the new board majority hired an attorney with no clear scope of work and a contract of up to $90,000 a year to be paid for with tax dollars. The new majority also recently loaned money to a financially failing charter school even though the school has not repaid its initial debt to the district. More stunningly, this new majority halted a $5 million grant focused on kindergarten assessment despite the fact this assessment will be mandated by the state beginning next school year. In a time when school districts have experienced shrinking budgets and faced tough choices, this seems capricious and not in the best interest of our children.

In 2012, Jeffco voters approved a mill levy override on the promise that money would be used to maintain the district’s history of excellence. Now the new majority has proposed moving $7.4 million in mill levy funds to support Jeffco’s 15 charter schools instead of restoring programs and positions cut prior to the override. The state does not require districts to share any of their mill levy funds with charter schools. Yet Jeffco does at the rate of $100 per pupil — an amount jointly agreed upon by the charters and the district. To give 15 charters more than $500,000 each to use as they wish is extreme.

This new board majority appears to be full of contradictions. Instead of following through on Board President Ken Witt’s declaration that the board would operate in an open and collaborative manner, there have been numerous instances of sidebar meetings among select board members and attempts to retreat into executive session rather than engage in healthy conversation about important decisions affecting the district’s more than 84,000 students.

The veil of secrecy and independent meetings under which the new board majority operates is shameful. Trust is inherent in a system that works and regrettably the new board’s actions have broken that bond.

What is this new majority is trying to achieve? Jeffco students continue to outperform the state in all grade levels and content areas on CSAP/TCAP tests. U.S. News & World Report ranks six Jeffco high schools in the top 40 on their 2013 Best High Schools list. According to the Colorado Department of Education, the graduation rate for Jeffco students hovers above 81 percent — 5 percent higher than the statewide average. Jeffco Public Schools ties for the second best graduation rate of the nation’s 50 largest school districts, according to Education Week’s Diplomas Count report. We should always strive to improve, but do we need a wholesale overhaul of a district that is already recognized for its achievements?

We all want Jefferson County Public Schools to continue to rank among the top districts in the state and nation. But that will only happen if the district’s board is willing to truly engage with the community in an open and transparent manner that holds our students’ best interests at heart.

A tenuous relationship between Jefferson County Public Schools Superintendent Cindy Stevenson and a new conservative board hit its breaking point Saturday when the district’s longtime leader announced that she would leave earlier than expected.

Stevenson, who has been at the helm of the district for more than 12 years, told a crowded room, filled mostly with supporters, that her work was being impeded by a newly elected board majority.

Stevenson announced her retirement in November, days after a new conservative majority was elected to the school board. Stevenson said she knew then that the new majority — Ken Witt, John Newkirk and Julie Williams — would want a change in leadership, but she planned to stay on through June 30.