Literary milestones come and go, but one is looming that has particular resonance for nearly every living American who ever learned to read: March 2 marks the birthday 110th birthday of Theodor Geisel, the beloved children’s author better known as Dr. Seuss.

Over the course of his career, Geisel, who died in 1991, churned out more than 60 books. Many were award winners, and all were models of craft, fusing a unique voice and artistic style. They have enthralled children — and their parents — for more than 75 years. 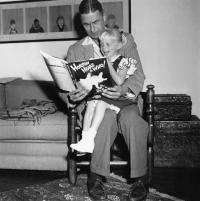 The books have spawned movies (which Geisel resisted during his life) and TV classics such as “How the Grinch Stole Christmas!,” which Boris Karloff memorably voiced. They have been read on the floor of the U.S. Senate — Texas Sen. Ted Cruz recited “Green Eggs and Ham” in his 2013 Obamacare filibuster. And one book, 1950’s “If I Ran the Zoo,” put the word “nerd” into the lexicon.Most important, his books have introduced millions of children to the joys of reading and the magic of wordplay.

The Seuss we know, however, is rooted in his manic joy and ability to tap into a child’s-eye view of the universe.

“I think that the key to Dr. Seuss’ enduring appeal lies in the spirit of playfulness that permeates his work,” said Jen Robinson, a children’s literature expert who oversees the website Jen Robinson’s Book Page. “He encourages children and adults to look at the world in different ways, whether this means upside-down, from the top of a tree or from inside a tiny speck.

“One can’t look at the ‘Whos down in Whoville’ without smiling over their joie de vivre, for example,” she said.