Should toys get a gender-neutral makeover?

Two months ago, Jorge Meija, of Martinez, spotted the perfect bicycle for his 4-year-old son, Julian, at a garage sale. It was gently used with sturdy wheels and a clean chain. It was also pink.

There was a time when Meija, an immigrant from a “traditional home where men went to work and women cooked and cleaned” would’ve left the bike behind because of its color.

But the $5 price spoke to him, as did the message it would send to Julian, who plays with his kitchen set with the same enthusiasm he brings to his trucks.

“I want my kids to understand gender without discriminating or thinking it is the only thing that defines them,” Meija says. “Dad cooks, and mom rode dirt bikes as a girl. Why should it matter?”

It is a common debate among parents and child development experts. Should gender be stripped from the $22 billion toy industry, or is a wave of new toys deliberately designed with gender in mind — like GoldieBlox, a construction kit pegged to girls, or an Easy-Bake Oven for boys — the answer to equal opportunity play? Perhaps a little bit of both.

Potty Training Tips from a Mom of Nine

I have helped seven children graduate out of diapers and into undies. My first few kids were subjected to all kinds of nonsense, fueled by advice found in parenting manuals. Barrels of tears were cried as accidents mounted. Frustration and angst hung in the air as my main focus in life seemed to be the state of my little one’s innards. It took a long time to learn that bladders don’t know how to read anything, especially parenting manuals. Bladders don’t blow out birthday candles, either, so they aren’t aware they just turned two.

When I began thinking about potty training our fourth child, a thought occurred to me. My three oldest kids had terrible times mastering the numerous skills that need to come together. Kids need physical self-awareness, the ability to anticipate, savvy timing, communication skills, and muscle control. It’s a lot to piece together. If one or more of those elements are missing, all the candy and gold star stickers in the world won’t help. The kindest solution is one thing:

Too many worksheets? What parents should expect for homework

What memories does the word conjure up for you?

I still have a deep olfactory memory of the damp mimeograph worksheets we used to sniff in class. Sometimes they were so damp a pencil barely worked.

You’d think that all school worksheets today would be online but they’re not. Some kids – right here in high tech happy Colorado –  are still coming home with mountains of good ‘ol worksheets.

So, do these pieces of paper really assist learning? Some probably do. Others, not so much. If you’re among the parents who question the value of so many worksheets at the younger grades, then you’ll appreciate the advice recently shared with EdNews readers from expert, teacher educator and mom Kathleen Luttenegger.

Alright, so you’re on to me. I write for Mamas and no, that’s not a realistic glimpse into higher education, well…first semester, freshman year, maybe…but live and learn, right!? Ok, so I’m not done with my list here:

Late(ish) nights, unkempt rooms, uncontrollable raucous, random stickers clinging to the floor, leftover pizza, evaporated Lucky Charms (minus the marshmallowy yummies) crispfused to the table and a never ending pile of seriously dirty laundry. Still sounds like college, doesn’t it? I know what you’re thinking – too many charms in my bowl, but hear me out.

I have a theory.

Colorado has the second fastest growing rate of child poverty in the nation, according a Kids Count Colorado, an annual report from Colorado Children’s Campaign.

The report, part of the Anne E. Casey Foundation’s national Kids County project, found that the rate of children living in poverty almost doubled between 2000 and 2011, to 18 percent from 10 percent, a trend experts say could get worse as the state slowly recovers from recent economic recessions.

Help! Sick of Struggling with Decisions on Doctors and Health Care?

The occupation listed on the resume of a stay-at-home mom should probably read: “Chief Executive Officer: Home Front, et al.”

As the CEO of the home front, and everything related to the home front, our responsibilities are vast: We tackle mountains of laundry; we wash the same high-chair tray up to five times a day; we cook; we clean; we do event planning; and the list goes on and on.

I have been fortunate enough to stay home for almost two years now with my son. I thought I would struggle more with the transition from being a work-a-holic at a 60-hour-a-week job, but I’ve adjusted better than I expected. The only part of my new role that has ever truly made me doubt myself was when it came to doctors.

It’s like this company read my mind when developing their travel-friendly kids’ products. Whether you’re hauling the little ones around in the car, on a plane, or down the street, the Snack & Play Travel Tray keeps all of their treats, eats and toys in one place, helping to contain those inevitable drops and spills. And to keep them entertained, the Play-n-Go Tray Table Cover provides a clean surface full of toys and activities. It’s like a portable entertainment center for babies! www.starkidsproducts.com 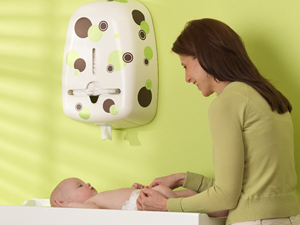 If there’s one thing in your nursery that should be simple and organized, it’s the changing table. Bobee makes that possible with their wall-mounted Diaper and Wipe Dispenser – especially necessary when you need an extra hand available for the little one. Just grab a wet wipe or diaper with one hand, and secure and comfort your baby with the other one. Even better, the dispenser and its accompanying decorative decals are BPA, Phthalate and PVC-free. The perfect addition to any new mama’s nursery, the Bobee Dispenser makes a thoughtful baby shower gift. www.bobeeinc.com

My Dreamy Baby: The Miracle is Me

Believe it or not, summer camps are already filling up so don’t miss these great articles:

The right summer camp for the right kid: A parent’s guide

And, of course, the Denver Post’s extensive summer camp listing that details hundreds of overnight and day camps that are searchable by zipcode, activity, camp name and child’s age.

I have two children ages 3 and 5. We have a family member who has been diagnosed with cancer and her prognosis does not look good at this point. I’m not sure how to tell my children about this or even if I should tell them. I also don’t know how much to tell them.

Death was not something discussed openly in my family growing up and I have always been uncomfortable talking about it. I want to change that for my children, so any ideas you have will be greatly appreciated.

Standardized tests are killing our students’ creativity, desire to learn

There is a monster waiting for your children in the spring. Its creators have fashioned it so that however children may prepare for it, they will be undone by its clever industry.

The children know it’s coming. They have encountered it every year since third grade, and every year it has taken parts of their souls. And not just in the spring. Every day in class, the children are asked which answer is right, although the smarter children realize that sometimes there are parts of several answers that could be right.

And they sit. And they write.

Not to express their understanding of the world. Or to even form their own opinions about ideas they have read. Instead, they must dance the steps that they have been told are important: First, build your writing with a certain number of words, sentences, paragraphs; second, make sure your writing contains the words in the question; third, begin each part with “first, second,” and “third.”