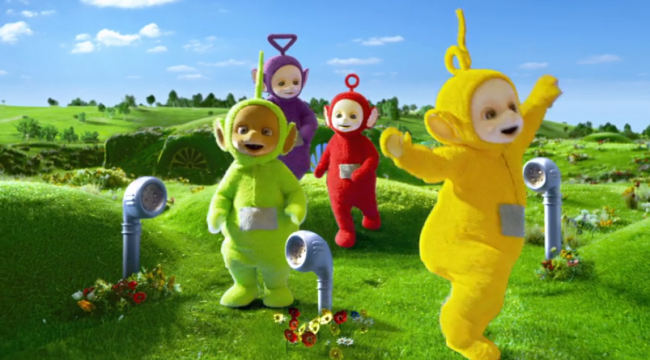 Teletubbies is Back: Where to Watch!

My baby daughter had very little interest in electronics and TV but I still remember when she was about 9 months old and disinterestedly crawled past the television. I changed the channel to  Teletubbies and all of a sudden, FIREWORKS sounded and she realized that the strange box had a captivating world of weird fluorescent creatures.

Her obsession continued for a couple of years until she (sadly) graduated to Barney but those baby/toddler years were all about Teletubbies.

Well, good news for littles everywhere: Netflix is bringing Teletubbies back on November 14. Join friends Tinky Winky, Dipsy, Laa-Laa and Po on wonder-filled adventures as they learn and grow in this colorful refresh of the classic series.