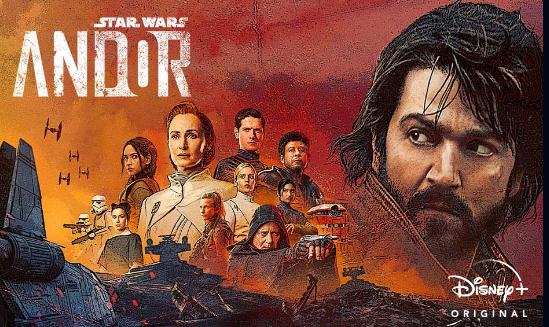 If summer is about playing in the great outdoors, then fall is all about cuddling up in a cozy sweater with your pumpkin-spice everything and binge-watching your favorite TV shows and movies.

Not sure what to stream from the comfort of your living room?

We’ve teamed up with Comcast to share with you the 12 best movies and TV series this fall, as featured on Xfinity Discovery Hub.

The Lord of the Rings: The Rings of Power

Where to Watch: Prime Video

What to Know: Long live Middle-Earth! LOTR’s fantastical characters are here in series form with this take on the popular franchise based on J.R.R. Tolkien’s books. This iteration takes place in the Second Age of Middle-Earth, long before we met Bilbo Baggins and his buddies (thousands of years earlier, in fact). Throughout the series we’ll get to a look at how the Rings of Power were forged and what the final alliance between the Elves and humans included. It’s important to note that you can enjoy the series even if you’ve never seen the Lord of the Rings or The Hobbit movies.

For Fans of Star Wars based series on Disney+ like The Mandalorian, Obi-Wan Kenobi and The Book of Boba Fett

What to Know: The newest Star Wars series takes place five years before the events of Rogue One, and we’ll get an up close and personal with the formation of the Rebel Alliance f in opposition to the Galactic Empire. Diego Luna reprises his role as Cassian Andor, a thief turned revolutionary.

For Fans of the original Hocus Pocus, of course!

What to Know: Oh, how we have missed the Sanderson sisters. Hocus Pocus was released theatrically in 1993 and quickly developed a cult following. We can’t wait to see what these witchy siblings are up to nearly 30 years later.

Where to Watch: HBO Max

Status: Missed in theaters? Watch it starting on September 2

For Fans of biopics like Walk the Line, Rocketman and Bohemian Rhapsody

What to Know: Elvis Presley’s life story gets the Baz Luhrmann treatment in this incredible feature film released theatrically in June 2022. It’s told from the perspective of The King’s manager, Colonel Tom Parker, and the finished product has been celebrated by the people who knew him best, including former wife Priscilla Presley. 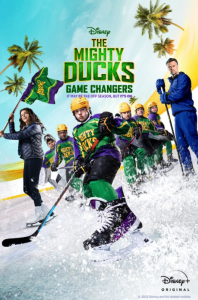 For Fans of The Mighty Ducks Game Changers Season 1

What to know: Our favorite squad-with-heart and their coach Alex Morrow (Lauren Graham) take to the road to attend an intense summer hockey institute in California run by charming yet hardcore former NHL player, Colin Cole (Josh Duhamel).  As our Ducks try to survive in this super-competitive environment, they’re faced with the question: Can you win summer?

Where to Watch: NBC

For Fans of other nostalgic TV reboots such as Magnum P.I, Hawaii Five-O and Fantasy Island

What to Know: In the late 80s, there was no bigger sci-fi show on network TV than Quantum Leap. The original series starred Scott Bakula as a time-jumping physicist. This time around actor Raymond Lee takes the reins, heading back to the 1980s from present day in the very first episode.

Where to Watch: Peacock

What to Know: Hollywood took a crack at bringing Vampire Academy, the book series by Richelle Mead, to the big screen in 2014. While the film didn’t exactly set the box office on fire, fans were still eager to see these stories come to life visually. Now Peacock is giving Vampire Academy a shot with a series that focuses on main characters Rose Hathaway and Lissa Dragomir. Here’s hoping the second time’s a charm!

Where to Watch: ABC

For Fans of documentary style sitcoms like The Office, Parks and Recreation and Modern Family

What to Know: In its first season, viewers fell in love with the teachers and staff of Abbott Elementary. The sitcom brings to television exactly what we could all use, a lot of laughs. If you haven’t jumped on the bandwagon (or, er, school bus), go ahead and binge the first season ahead of the upcoming premiere. You’ll thank us later.

Where to Watch: Oxygen

For Fans of true to life medical situations as seen in 9-1-1: Lone Star

What to Know: An emergency dispatch center in Ohio is the focus of this reality series which features quick-thinking employees fielding impossibly difficult calls. The situations are intense, the problems are real, and the folks trying to deliver aid to emergencies are at the top of their game.

For Fans of classic animated films turned live action such as Beauty and the Beast, Cruella,and Mulan

What to Know: With Tom Hanks as Geppetto and Cynthia Erivo as The Blue Fairy, how can this live action take on Pinocchio possibly go wrong? It’s directed by Robert Zemeckis and features the talents of Luke Evans (The Coachman), Keegan-Michael Key (The Fox) and Joseph Gordon-Levitt as that moral compass Jiminy Cricket.

Where to Watch: Netflix

What to Know: Cobra Kai takes us back to California’s San Fernando Valley where we once witnessed the bitter rivalry between Daniel LaRusso and the formidable Cobra Kai martial arts team in the original Karate Kid. The stakes are high yet again. With both returning stars and new faces all displaying impressive martial arts moves, the series is full of suspense, drama and some comedic antics.

Where to Watch: FOX

For Fans of music industry dramedies like Nashville, Empire and Selena: The Series

What to Know: If you think your family dynamic is complex, just get a load of the Romans. Susan Sarandon and Trace Adkins star as country music power couple Dottie Cantrell Roman and Albie Roman, part of a country music dynasty who have built their fame and fortune on lies, So, there’s no room for error when the familial heir to the throne tries to control the narrative. It’s all the soapy fun you want from a primetime drama with great music to boot.

Where to Watch: Hulu

What to Know: We continue June’s journey to find her daughter, Hannah, while Gilead expands its reach into Canada. Never count our protagonist out, not even when it feels like absolutely everything is stacked against her.

Other Not-to-Be Missed Shows on X1

To check out these picks and many more must-see new and returning TV series and movies, just say “Fall Entertainment Guide” into your remote! Happy watching! In partnership with Mile High Mamas.