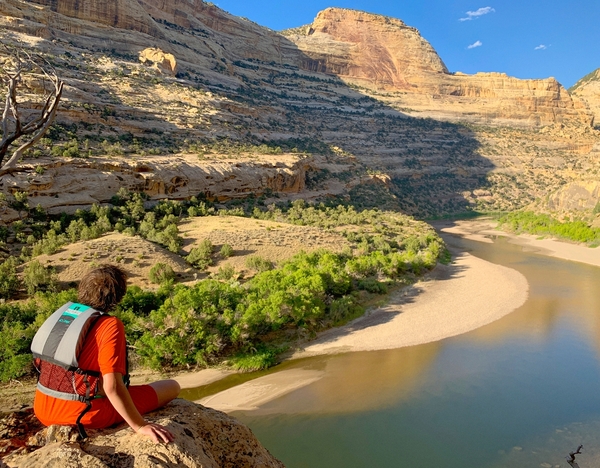 Say the phrase “Colorado vacation,” and the brain is likely to default to “mountains.” And why not? Colorado’s legendary Rocky Mountains are replete with historic towns, ski resorts, and rivers that are perfect for outdoor vacations any time of the year. But there are also plenty of less-visited spots throughout the Centennial State that might be less famous but are no less worthy of a visit. Here are some spots in the four corners of our state as described in Heather Mundt’s new guidebook, “Colorado Family Outdoor Adventure.”

The northernmost county of Colorado’s 64 comprises only 5 towns: Slater, Maybell, Hamilton, Dinosaur, and the largest, Craig, where more than two-thirds of residents live. A bastion of Old West history and home to one of Colorado’s most remote treasures, Dinosaur National Monument, it’s filled with fossil discoveries and the culture of the Fremont people, Native Americans who thrived in the area for some 300 years (more than 1,000 years ago). Definitely worth the trek to this desolate outpost straddling the Colorado-Utah border. www.visitmoffatcounty.com. 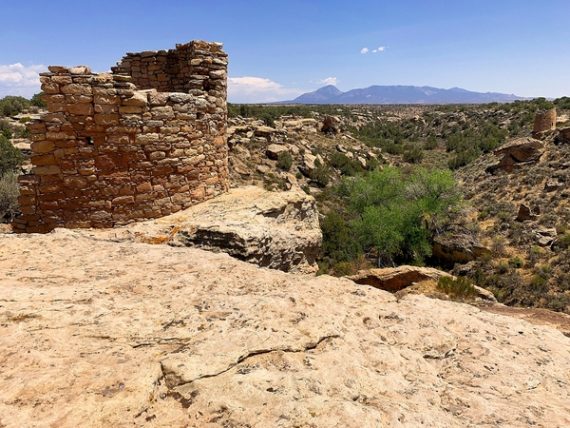 Established in 1915 by President Woodrow Wilson to protect the original 80-acre excavation site, DNM preserves one of the world’s largest collections of Jurassic-age dinosaur fossils in its famous Quarry Exhibit Hall (on the “Utah side”). Housed adjacent to the Quarry Visitor Center (QVC), the exhibit hall protects the 149-million-year-old fossils “in situ,” where the fossils were originally deposited, including bones from an allosaurus and a stegosaurus. Guests can walk or take a shuttle to the quarry, located 0.25 miles from the QVC. (Cars may be allowed to park at the exhibit hall, depending on season and special accommodations.) There’s also an easy-to-moderate, 1.5-mile roundtrip Fossil Discovery Trail (no shade) that starts from either of the two buildings and includes stops at the Mowry Shale and the Morrison and Stump Formations. 11625 E. 1500 S., Jensen, Utah, 84035, 435.781.7700. 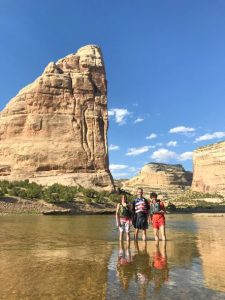 The second visitor center, Canyon Visitor Center (CVC) near Dinosaur, is located on the “Colorado side” and is the gateway to the monument’s river canyons, including Echo Park (see “Lodging” at right). Located at the base of Harpers Corner Road, the CVC offers a bookstore, restrooms, and water. 4545 US Hwy 40, Dinosaur, 970.374. 3000. www.nps.gov/dino/index.htm.

Comprising renowned Mesa Verde National Park, the area boasts 2,000 years of history throughout several significant historic sites. Featuring the towns of Cortez, Dolores, and Mancos (and Towaoc, Colorado’s most southwestern town and the headquarters of the Ute Mountain Indian Reservation), it also offers plenty of rugged canyons, scenic mountain trails, and water for year-round recreation. In addition to the national park, the area includes amazing stops like Canyon of the Ancients National Monument, Hovenweep National Monument, and the Four Corners National Monument, to name only a few! www.mesaverdecountry.com.

Established in the 1860s as a US military defensive post against attacks by Native Americans who were defending against encroachment on their lands, it was named in 1866 after the commanding officer, Christopher Morgan. An agricultural hub set on the high plains northeast of Denver, it’s especially proud of its most famous Fort Morgan High School graduate (1921): big-band musician Glenn Miller, whom the town celebrates each June at SwingFest, featuring swing-dance lessons and performances. visitmorgancountycolorado.com

This “oasis on the plains” just 22 miles northwest of Fort Morgan attracts migrating birds such as long-billed curlews and whooping cranes. It’s also a great spot for boaters, jet- and water skiers, and anglers fishing for walleye, perch, and rainbow trout (and ice fishing). There’s an OHV track (1.5 mile, on the south side of the park), two geocaching sites, and a swimming beach. The lake’s west side offers a boat ramp and marina, and its designation as an International Dark Sky Park means prime night-sky viewing. Includes roughly 250 RV/tent campsites (many year-round), showers, toilets, laundry, and potable water. Reservation only. The visitor center is open daily, 8 a.m.–4 p.m. A 1.75-mile trail begins there and runs north to Northview Campground. 26363 CR 3, Orchard, 970.645.2551.

Home of Native American tribes including the Arapaho, Cheyenne, and Pawnee, it also features the South Platte Section of the Overland Trail. A branch called the “super- highway” of the high plains, where thousands of prospectors crossed en route to gold and silver mines in California (and later, Colorado). Established in 1881 with the arrival of the Union Pacific railroad, the town incorporated as Sterling in 1884 still uses Union Pacific and Burlington Northern railroads to service primary industries, largely agriculture. www.exploresterling.com.

The 3,000-acre North Sterling Reservoir offers sailing, jet skiing, waterskiing, and views of expansive bluffs and prairie. In addition to warm water fishing, from walleye to bluegill, it also features the Cottonwood Cove Swim Beach and the 3.5-mile South Shoreline Trail for hikers, bikers, and horseback riders. There’s a boat ramp and marina offering water-sports rentals, plus an archery range. The park also features 141 RV/tent campsites in 3 campgrounds, each with a picnic table, shade shelter, and fire ring; they include restrooms, coin-operated showers, and laundry facilities (April– Oct.). 24005 CR 330, 970.522.3657; marina, 970.466.2279.

Comprising more than 440,000 rural acres of prairie grasslands and intricate canyons, this area is one of the state’s best-kept secrets. Split into two sections—the Timpas Unit in La Junta (about 187,000 acres) and the Carrizo Unit in Springfield (more than 257,000 acres, near the Oklahoma border)—Comanche National Grassland (CNG) offers plenty of trails for hiking, biking, and horseback riding (no guided tours for the latter). Offering a bounty of archaeological highlights, its biggest bragging right is the dinosaur tracks in Picket Wire Canyonlands, the largest site in North America. It’s also a popular birding destination, serving as home to more than 250 species including the lesser prairie chicken (very rare), red-tailed hawk, and golden eagle. And let’s not forget the tarantulas! 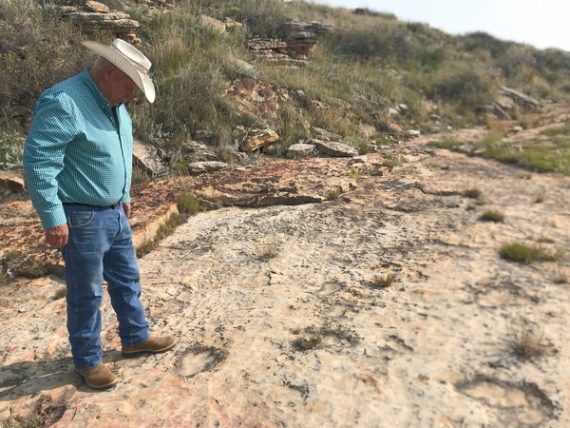 (Emick Ranch during tarantula mating season with Greg Emick, who stands by dinosaur tracks on his land)

The only critter to get its own entry in the book, these tarantulas known as the Texas or Oklahoma browns are the primary reason I visited southeastern Colorado in mid-September, during mating season. The males emerge from their burrows for a “walkabout” in search of a mate—roughly late August to mid-September—so they’re easier to spot (especially just before sunset). Mislabeled a “migration,” fall is a great time to visit tarantula hotspots such as the Lamar, Springfield (47 miles south of Lamar), and Comanche National Grassland areas.

Heather Mundt is a freelance writer and Colorado native who writes about family/outdoor/adventure travel. Her first book, “Colorado Family Outdoor Adventure” (UNM Press, June 2022) is the only comprehensive guide on the market for families traveling throughout the Centennial State. She lives in Longmont with her husband, two teenage sons, and two rescue huskies. Photos: Michael and Heather Mundt.