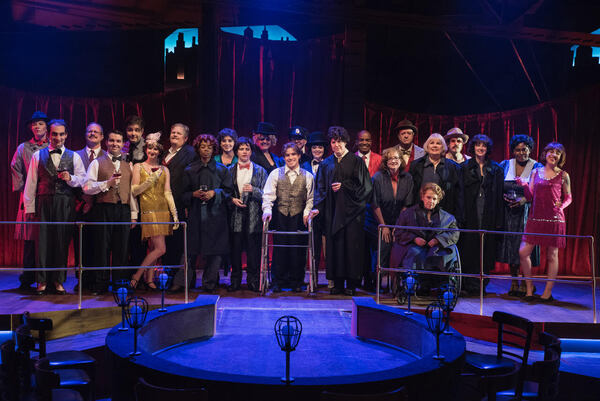 I recently went to a movie with some friends, one of whom was visually impaired. I knew she could obviously listen to the film like the rest of us so I was surprised when she requested we go to the customer service desk to check out headphones which gave supplementary audio descriptions. As I watched the movie while straining to hear her headphones, I realized just how much I take for granted as it described many of the silent moments and nuances that could be missed by just listening to a film.

And it made me realize I have a lot to learn about being differently-abeled.

That’s why I think it’s pretty darn awesome the JCC Mizel Arts and Culture Center is hosting the second annual Colorado-based ReelAbilities Film Festival Denver in-person in Denver and Boulder from August 24-28 and virtually from August 24-31. The festival promotes awareness and appreciation of the lives, stories, and artistic expressions of people with disabilities. The festival includes nine films showing in-person and 13 films that can be accessed virtually along with supplemental programming and Q&As.

“ReelAbilities encourages building relationships with individuals and organizations within the disability community and provides a platform to increase awareness of the programs and services that they provide,” said Jenna Gragg, festival coordinator at the JCC Mizel Arts and Culture Center. “In addition to the films, we are excited to feature artwork by Uzi Buzgalo, a deaf, Israeli artist, thanks to a partnership with Access Gallery. The art will be on display throughout the festival in the JCC Mizel Reception Room.”

Films will be shown in Denver, Boulder and virtually.

The JCC Mizel Arts and Culture Center has worked to make ReelAbilities Film Festival Denver accessible to all implementing:

The JCC Mizel Arts and Culture Center is located in the south facing lot of the Staenberg-Loup Jewish Community Center (JCC Denver) at 350 S. Dahlia Street in Denver. For more information about the festival and to purchase tickets, visit jccdenver.org/reelabilities.