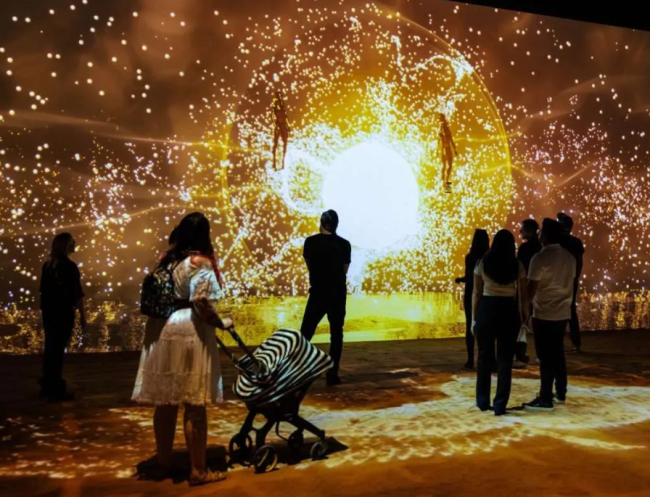 King Tut has been brought back to life and this immersive experience will be in Denver now through October 10, 2022 at Lighthouse Artspace Denver.

Commemorating the 100th anniversary of archeologist Howard Carter’s discovery of the tomb of the legendary “boy king” in November 1922, Immersive King Tut: Magic Journey to the Light uses stunning visuals to tell the story of the Amduat, an important ancient Egyptian funerary text, thought to be the oldest known illustrated story that was depicted on the tombs of pharaohs.

State-of-the-art video mapping and ground-breaking animation bring to life the story of King Tut’s passage into the afterlife as he escorts the sun through the underworld each night to rise again victoriously each morning. Mexico City-based Cocolab created the fantastical animations integrating breathtaking images acquired by UEG and IFFDA through their 30-year history of presenting spectacular touring exhibitions including those honoring King Tut and ancient Egyptian civilization.

Tickets start at $29.99 and are available now at immersive-kingtut.com/denver.