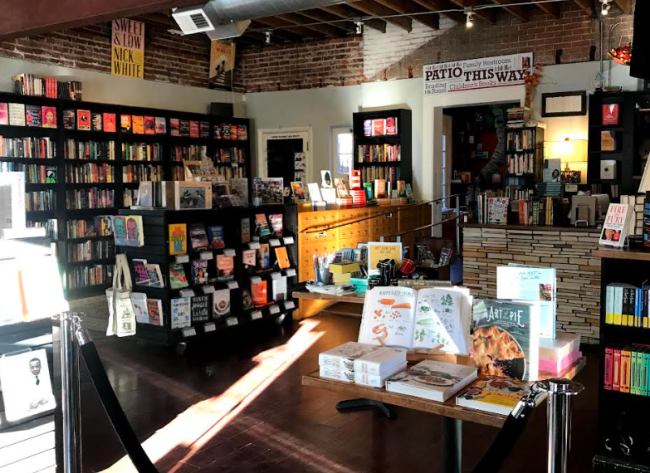 When Nicole Sullivan opened BookBar on northwest Denver’s Tennyson street in 2013, she couldn’t have anticipated what would follow: in 2020 the launch of BookGive, a nonprofit that distributes books in Denver, and then the founding of BookBar Press, an indie press to publish books, and, most recently, in late 2021, the purchase of the beloved children’s bookstore, The Bookies, after the passing of founder and owner Sue Lubeck.

Ginger Mancino, Kid Comedian is the story of a 12-year-old girl comedian who is forced to retire from professional comedy and live a regular life for the first time only to discover her toughest audience yet: middle school.

“As an indie bookseller, I was motivated to launch an indie press to share the stories that aren’t being told by big publishers,” said Sullivan. “When I first met author and humorist Wendi Aarons she talked about how, as a kid, she was told girls couldn’t be funny. She’s heard similar comments from other women…but also from the kids she teaches in comedy-writing camp today.”

“It really irked me when Wendi shared that her agent had heard feedback about Ginger repeated by many big publishers: ‘We’d love it if only the main character were a boy.’ I know very well that most of the funny books for this age feature a boy as the main character. All I could think was, ‘When are we going to stop telling girls they can’t be funny? Girls need to see themselves on the pages of funny books too.’”

And now they will…Ginger Mancino, Kid Comedian debuted this week and can be purchased at BookBar, The Bookies and anywhere else books are sold. 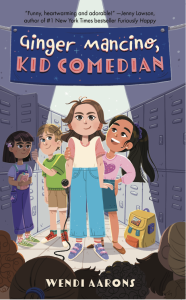 Denver kids will also have the opportunity to meet the author at both bookstores, and even to take a free comedy-writing class with her through local nonprofit, Denver Writes:

RSVP at the BookBar or just show up…it’s the perfect opportunity to tickle your tween’s funny bone!