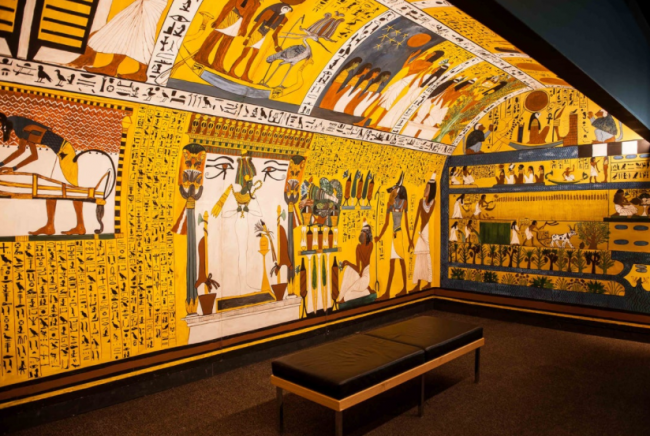 Contest: Family Fun at ‘Egypt: The Time of Pharaohs’ at Denver Museum of Nature and Science

The Egyptians have invaded Colorado at the Denver Museum of Nature & Science! Here’s your first glimpse and scroll down to enter to win tickets.

And if this exhibit ignites your child’s inner pharaoh? Check out National Geographic Kids Everything Ancient Egypt: Dig Into a Treasure Trove of Facts, Photos, and Fun!

Family Fun at Egypt: The Time of Pharaohs

The exhibition “Egypt: The Time of Pharaohs,” opens Friday, Feb. 25, at the Denver Museum of Nature & Science, and transports you to the distant past to explore ancient Egyptian culture and the land of pharaohs.

Over 5,000 years ago, Egypt became a state that unified many cities and towns along the Nile River. Since then, ancient Egypt’s powerful pharaohs, phenomenal pyramids and extraordinary art have captivated peoples’ imaginations all over the world.

Experience everyday life in one of the most storied cultures in human history—the private, public and secret spaces—through hundreds of artifacts, stunning artwork and engaging interactives for insights into ancient Egyptian people and their impact on our own culture.

Egypt: The Time of Pharaohs Highlights

In the exhibition, you will experience ancient Egyptian culture and see how it flourished along the banks of the Nile through themes, including:

Plus, Museum volunteers will help you explore the mummification process, decipher hieroglyphics, guide you through a bird’s-eye tour of Aten Temple model and help answer questions the experience brings to the surface.