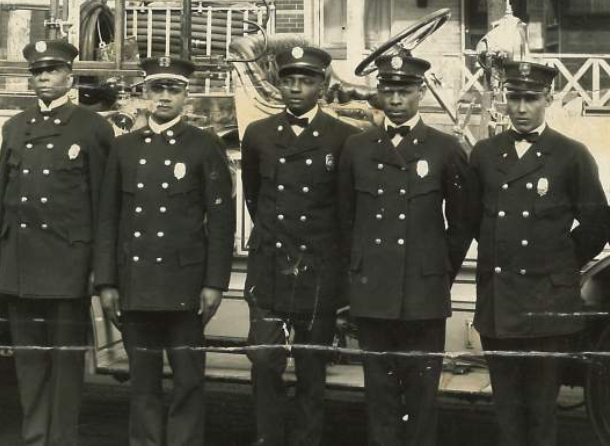 The contributions of African Americans to our country are great and each February, Black History Month honors their achievements. Visit Denver shares how you can celebrate throughout the Denver metro area with lectures, dramatic performances and music.

WHEN: Feb. 12 and 26, 2022
WHERE: Virtual/Online
Meet Terence: Brought to Rome from Africa as a slave in ~146BC, Terence was later freed and authored multiple popular adaptations of Greek plays. His works were a key text for students learning Latin during the Middle Ages and Renaissance and served as an inspiration for many playwrights to come, including Shakespeare. He is considered one of the first great poets of the African diaspora. Join Denver Public Library to experience Terence’s works as they were originally meant — read aloud! Moderators will assign roles and the reading will begin at 3:15 p.m., no acting experience required.

WHEN: Thru Feb. 18, 2022
WHERE: Art Gym Gallery
Lio Bumbakini is a self-taught artist who paints the modern experience in swaths of folkloric imagery inspired by his African descent (Congo-Zaire) and Euro-Centric (Belgian) upbringing. His works consist of large-scale murals, canvas paintings, drawings, mixed media work and performative installations. Bumbakini’s work speaks to cultural and individual identity, as well the impacts of globalization, environmental degradation and capitalism. His experience as a man of color in America, his Euro-centric upbringing, in triage with his strong African roots are facets of his life that greatly influence his work.

WHEN: Feb. 19, 2022
WHERE: Blair Caldwell African American Research Library
Join Senior Librarian of the Blair-Caldwell African American Research Library, Jameka Lewis, as she unpacks the historical and contemporary social climates that birthed the existence of these very unique, largely demonized and often misunderstood organizations. Learn more about the mission and activists that transformed grassroots concepts that inspired global change agencies.

WHEN: Feb. 19, 2022
WHERE: Dazzle @ Baur’s
The band will perform original music written by Jack Hadley from his latest release “Daybreak In Alabama – The Langston Hughes Project” and “The St. Louis Sessions.” Langston Hughes was one of the leaders of the Harlem Renaissance, the African American cultural movement of the early 20th century. Originally from Joplin, Missouri, he was a poet, novelist and social activist.

WHEN: Feb. 24, 2022
WHERE: Dazzle
Purnell Steen and The Five Points Ambassadors (also known as LeJazz Machine) is a band dedicated to playing and preserving the music of Denver’s legendary Five Points neighborhood. For their annual show in celebration of Black History Month, they will definitely swing and sway the Five Points Way, and, ever the storyteller, Purnell will share the histories of Black artists who have worked and played in Five Points.

WHEN: Thru Feb. 25, 2022
WHERE: Blair Caldwell African American Research Library
This exhibition portrays artist Verline “Mijiza” Geaither’s personal interpretation of the experiences of many Black men, women and children who live and have lived in the United States of America. As you experience this artwork, consider what it might invoke inside of you about your personal journey. What have been the passages in your life, what do you anticipate in the future? We all come and go. What do you see? How do you feel? What do you know? And, ultimately, who is in control?

WHEN: Feb. 23–26, 2022
WHERE: Wings Over the Rockies Air & Space Museum
In celebration of Black History Month, join Wings Over the Rockies and the Commemorative Air Force to experience the history and legacy of the Tuskegee Airmen and Women Airforce Service Pilots (WASP) in this limited-time traveling exhibit. The exhibit is an immersive experience housed in a 53-foot semi-trailer. Because of its dynamic 160-degree panoramic screen, it creates the feeling of being in the cockpit soaring above the clouds. See two compelling original short films that tell the stories of how the Tuskegee Airmen and WASP members overcame obstacles to serve their country during World War II. Access to the exhibit is included with museum admission.

Buffalo Soldiers: The Forgotten Black Army in the West

WHEN: Feb. 24–27, 2022
WHERE: 2590 Walnut St., Boulder
Boulder Ballet Presents Black Voices of Dance, an evening of dance highlighting the nation’s most vibrant Black voices in the field. Three world premieres celebrate the work of some of today’s prestigious Black choreographers, including Gregory Dawson, Sidra Bell, Amy Hall Garner and Boulder Ballet’s own Lance Hardin in an evening of original works sure to transcend.

WHEN: Thru Mar. 5, 2022
WHERE: History Colorado Center
Narkita Gold is a Denver-based artist who’s been honing her skills in digital photography since 2009. Her exhibition, Black in Denver, is a portrait and interview series that takes delves into Black life in Denver.

‘In the Upper Room’

WHEN: Feb. 11–March 13, 2022
WHERE: Denver Center for the Performing Arts (DCPA)
Loyalty, spirituality and colorism are all at play in this dramatic dark comedy based on the real family history of playwright and novelist Beaufield Berry. The Berrys are a multi-generational Black family living under one roof in the 1970s. Their lives orbit around Rose, a strong-willed matriarch whose superstitions and secrets drive her relatives nuts. Fed up, the aunties, in-laws and granddaughters of the household make their own plans to break away so they can finally live in peace. But by standing their ground, they may lose what has held them together all along.

WHEN: Thru April 3, 2022
WHERE: Denver Botanic Gardens
Interdisciplinary artist and curator Tya Alisa Anthony combines archival photos with botanical imagery to illuminate and reframe the personal stories of Depression-era Black sharecroppers and reimagine them as icons of divine and mystical power. Organic Tarot explores the often-hidden stories of people of color depicted in historic photographs.