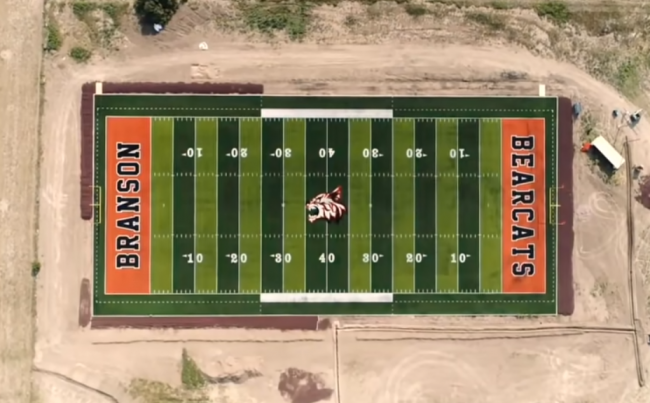 Field of Dreams: How this Colorado town’s football field brought a nation together

Until recently, the Branson, Colorado Bearcats football team had largely gone unnoticed by most of the world. That was until a group of opposing coaches refused to play in Branson anymore— because of their field.

The coaches were worried that their players would get hurt on what’s been described as the worst football field in America with gopher holes and snake holes. You see, Branson is a stone’s throw away from New Mexico in the high-low plains that gets very little precipitation so maintaining a grass field is just not possible.

So, the team needed a new turf field. Problem is, they didn’t have a few hundred thousand dollars laying around to pay for it. The Branson School District is one of the poorest in the state, with more than half of its students qualifying for free or reduced-price lunches.

So, Coach Brad Doherty reached out to some local TV stations to try to drum up support for a campaign to raise money for a new field. Some national outlets picked up on the worst football field in America and the rest they say, is history as they raised more than half a million dollars and have the best field in the league.