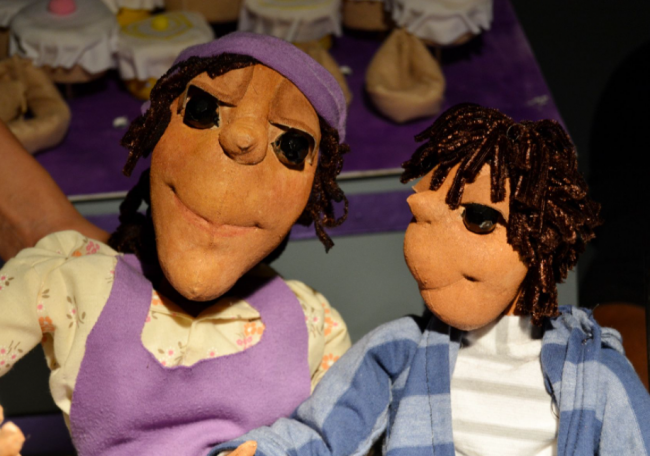 What does a puppet play have to do with an accident and looting in South Africa?

The award-winning Public Works Theatre Company presents the premiere of their latest show, “The Luster of Lost Things.”

“The Luster of Lost Things” is the tale of Walter Lavender Jr., a boy who lives an enchanted life in a magic dessert shop. When the book at the root of the shop’s magic disappears, Walter heads out on his own in NYC to find the lost book, restore the magic, and save the shop. On his adventure, he meets an eccentric and delightful cast of characters. Told through tabletop and shadow puppetry, the play is a celebration of kindness and bravery for family audiences. The show is about an hour. 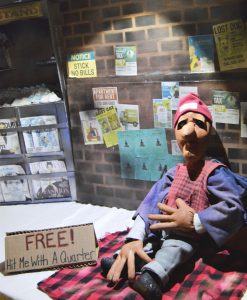 “The Luster of Lost Things” has a diverse cast of 3 performers, directed by Sondra Blanchard. The puppeteers are Fabian Vazquez, Dorothy Lee, and Julia Fournier.

The play is written by Sondra Blanchard and based on the novel by Sophie Chen Keller.

“It has been a hero’s journey to get this show about a hero’s journey in front of an audience!” says Sondra Blanchard. This show is three years in the making. During a long recovery from an accident, Sondra Blanchard wrote the play. Then the pandemic hit. Finally, the puppets and set sat in a box in South Africa, unable to ship from the studio in which they were built, while rioting and looting took over the country. In a lucky turn of events, everything arrived the morning of the first rehearsal.

The performances will be September 9-12 at the Dairy Arts Center Carsen Theater, 2590 Walnut St., Boulder.