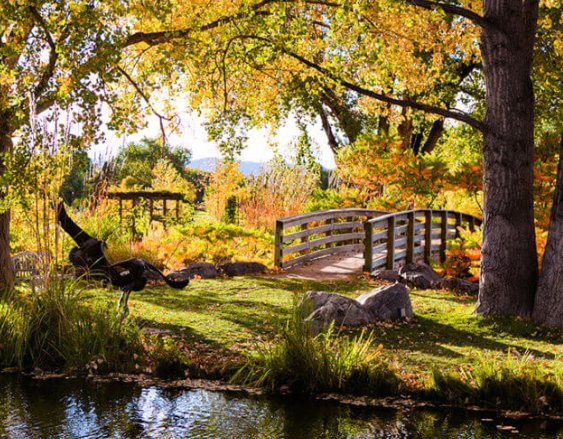 Confluence Park and the South Platte River Trail have long been one of our family’s favorite places in Denver. We love to explore the REI flagship, grab a burger at My Brothers Bar, watch the kayakers at Confluence Park, explore the network of paved trails for walking and biking, hop on the open-air Denver Trolley and top off our adventures with Little Man Ice Cream.

It’s a lot and it’s all fabulous.

Consisting of the Mary Carter Greenway and the South Platte River Trail, the 35-mile route runs from Chatfield State Park, about 15 miles south of downtown Denver, to the Elaine T. Valente Open Space in Thornton. On the way, it cuts through the city and suburbs, open spaces and industrial areas and great access to a slew of local attractions.

From south to north, here’s a rundown of things to see and do along the way.

Chatfield State Park (start): Centered on a 1,423-acre reservoir draws boaters of all descriptions, the state park that marks the southern endpoint of the river trails is also home to more than 30 miles of trails and a campground.

South Platte Park and Carson Nature Center (1.6 miles north of Chatfield): Dedicated in 1983, the 880-acre park is built on floodplain that was inundated during the 1965 flood. The Carson Nature Center explores the river’s history, details the cataclysmic flood, and offers a primer on the local wildlife. Just off the trail southwest of the nature center is a 14-foot sculpture that marks the water level during the 1965 flood.

Union Chutes (0.5 miles north of The Pint Room): Paddlers off all kinds take on the features at this manmade whitewater park in Englewood and Sheridan. It’s a great place to take a breather and watch even if you’re not getting in the water yourself.

South Denver Parks (2.0 miles north of Regal Cinemas): A string of recently reinvented city parks line the south side of Denver’s stretch of river trail: Grant Frontier Park features a nature-themed playground and an interpretive area dedicated to Montana City, the first settlement in what is now Denver on the South Platte (est. 1858), as well as plenty of quiet parklands; Pasquinel’s Landing, a smaller park with a rebuilt river channel and workout stations; Overland Pond, a favorite for anglers and picnickers; and Johnson-Habitat Park, featuring riverside play areas and an urban campground. River restoration projects between Grant Frontier and Johnson-Habitat have made some of the favorite fishing holes on the South Platte in Denver even better habitat for gilled ones.

Aqua Golf (1.6 miles north of Grant Frontier Park): Golfers hit into the water at this city-owned driving range that’s just northeast of Overland Pond on the southern edge of Overland Park Golf Course, which did double duty as a music festival venue in summer 2018. There are also 36 holes of mini-golf. 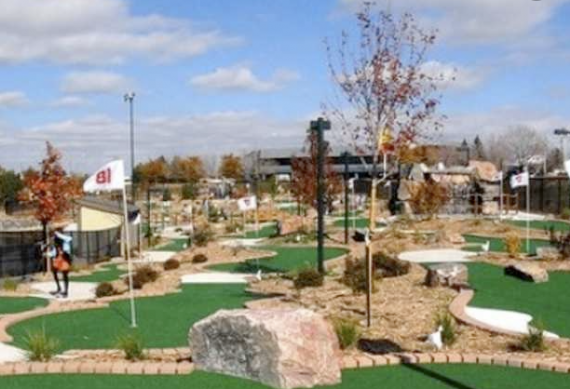 Levitt Pavilion Denver (in Ruby Hill Park, 1.4 miles north of Grant Frontier Park): Just west of the river across from Overland Park Golf Course, Levitt Pavilion opened in 2018 and quickly won raves for its schedule of more than 50 free concerts. Westword named it Best Outdoor Venue in its annual “Best of Denver” edition. Ruby Hill Park also has a mountain-biking course, a rail park for skiers and snowboarders in winter, and great views of the city and the Rockies year-round.

Breakfast King (1.1 miles north of Levitt Pavilion): For any meal (not just breakfast), this picture-perfect diner is a Denver institution that’s a stone’s throw from the river and a 24/7 operation.

Sun Spot (1.8 miles north of Breakfast King): This reflective 25-foot statue of a dog sits sentry at Denver Animal Shelter. Its mirror-like skin is actually made from 90,000 stainless-steel pet tags.

Phil Milstein Park (0.9 miles north of Sun Spot): After pedaling alongside the traffic on I-25, you’ll coast into the shade of Phil Milstein Park, a great place for a break before downtown. Its namesake was an urban planner who envisioned the 16th Street Mall.

Lower Lakewood Gulch Park (across the river from STEAM on the Platte): This recently improved park marks the endpoint of the east-west Lakewood Gulch Trail. Once the site of the Interurban Shortline Railway, the gulch is now traveled by light rail trains, joggers and bicyclists.

Empower Field at Mile High. (0.4 miles north of Lower Lakewood Gulch Park): Home field for the Denver Broncos, the stadium is worth a detour on non-game days for public art and a small-scale model of the old Mile High Stadium outside. You can book a stadium tour that includes a stop at the Colorado Sports Hall of Fame.

Meow Wolf Denver (across the river from Empower Field): Slated to open in 2020, this is the second location for Santa Fe, N.M.’s, celebrated creators of immersive arts-capes.

Downtown Aquarium. (0.2 miles north of Children’s Museum of Denver): The aquarium offers a home to a wide range Rocky Mountain wildlife alongside sea creatures from all over the globe. The complex is also home to a restaurant and immersive “4-D” theater and offers visitors to snorkel and dive with fish and sharks.

Confluence Park (0.6 miles northeast of Downtown Aquarium): Located at the confluence of the South Platte River and Cherry Creek, this is the historic heart of Denver, marking the original settlement of Denver (est. 1858) and the revitalization of the river corridor following the 1965 flood. Today it’s a hub for people-watching and outdoor recreation, with the river trail system and everything from kayakers to fishermen to stand-up paddleboarders in the water and the city’s flagship REI location in a historic redbrick on the park’s edge.

The park is also the station for the Denver Trolley, running south along the river to Empower Field. Riders board a 1911 trolley car to get a glimpse at the last vestige of a rail system that once spanned more than 250 miles. 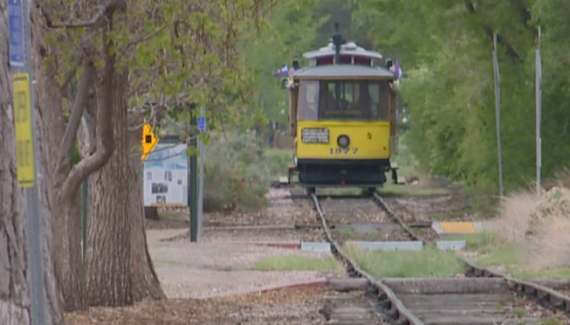 Commons Park (0.4 miles northeast of Confluence Park): This former railyard has been reinvented and restored as a mixed-use area fronted by a park and river promenade. You’ll find the Denver Skatepark on the north end of Commons Park, with 60,000 square feet of features to test your skateboarding mettle. The park sits at a nexus: You can cross the Millennium Bridge into LoDo or take the Highland Bridge to Platte Street, home to My Brother’s Bar.

City of Cuernavaca Park (0.7 miles north of Commons Park): Another green space beckons as you head northeast out of downtown, with pedestrian bridges, picnic tables, and rock sculptures. The park is named for one of Denver’s sister cities: Cuernavaca, Mexico, which also sits a mile above sea level.

River North Art District (2.0 miles north of City of Cuernavaca Park): You can access RiNo and its many breweries and other attractions from the river trail at 31st and 38th streets, with 100 vendors in a restored historic foundry and a striking new tower.

From RiNo, the trail continues another 10 miles northeast to the Elaine T. Valente Open Space in Thornton. On the way, it passes a couple of areas in the midst of change (Globeville Landing Park and the National Western Complex and Riverside Cemetery (the city’s oldest cemetery, established in 1876, and the final resting place of many of its pioneers).
Source: Visit Denver