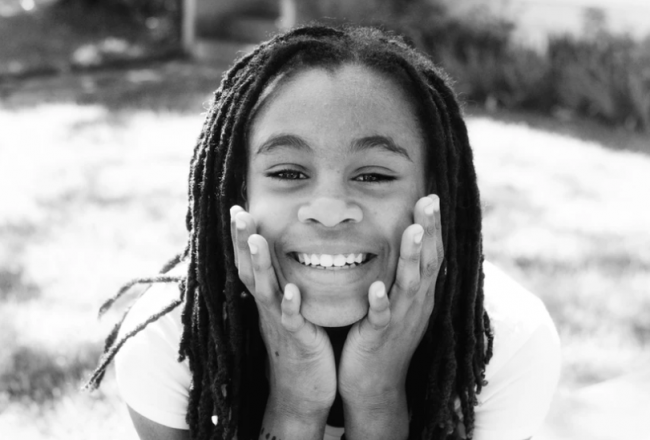 “Early experiences of male sexual aggression are maybe one of the most reliable rites of passage for female children,” observes Moira Donegan in The Guardian. “It’s more common than any of the other rituals that signal impending adulthood, more universal than the bat mitzvahs, or quinceañeras, or sweet sixteen parties, or proms. By the time a girl reaches any of these milestones, she has likely already developed a skill set for navigating the unwanted attention of adult men.”
After a teenage girl recently posted a TikTok video which captures her discomfort when an adult man sits at her table while she’s working alone on her laptop in a hotel courtyard and tries to engage her in a clearly unwanted conversation, Donegan adds that many women saw in the exchange a “microcosm of their own experiences of being young girls, and of being approached, harassed, groomed or merely leered at by older men in ways that scared them at the time, and which they only later learned to put into context.”
Donegan reflects on her own experiences with unwanted male attention, including one incident when she was nine and a man approached her in the children’s section of a bookstore asking her if she wanted to take a walk with him: “[M]y youth wasn’t a deterrent to their sexual attention, but rather part of its appeal: it signaled ignorance, naivety and insecurity, the kinds of things that men like in women because they make us easier to control.”
By the time many girls reach their mid or late teens, she adds, they have “started to learn the delicate balance of signaling their own lack of interest, or of curtailing men’s interest, without escalating. Sometimes mothers will speak to their daughters about these incidents and how to defuse them, but more often girls are told to understand the approaches as flattering, or left to navigate them with little more than their own instincts and the commiseration of their similarly young and confused friends.”
Ultimately, the regularity of such experiences for many tween and teen girls — and the fact that the adults in their lives rarely prepare them for such encounters — leaves many girls on their own as they try to figure out, as Donegan describes, how to “[navigate] the sexual attentions of men many years their senior.” All of which, Donegan asserts, also sends young girls a troubling message: “that womanhood is a state that consists largely of receiving unsolicited male attention, much of it benign but much of it threatening, exploitative or hostile, and that their ownership over their own bodies, their ability to peacefully occupy public space, and their right to be perceived as the children that they are can all be abridged by the whims of a man’s desire.”
Many girls also experience sexual harassment from peers, often as early as middle school — for two books for tweens that explore boundaries and harassment, we highly recommend “Maybe He Just Likes You” and “How to Be a Girl in the World,” both for ages 10 and up
For a powerful new collection of 25 essays about young women’s experiences with sexual harassment, we recommend “You Too?: 25 Voices Share Their #MeToo Stories” for teens and adults, ages 14 and up, at https://www.amightygirl.com/you-too.
-Mighty Girl