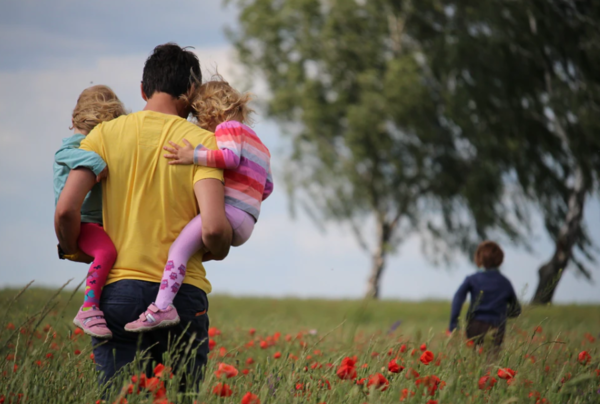 My evolution from a single guy to a Denver dad

You remember the first time a baby photo from your good friends popped up on Facebook. Wow. They made the leap. They had become grown-ups. Good for them, but definitely not something for you and the wife.

Of course, after a while, it became a regular occurrence. Every other post was a new little alien or tiny old man posing as a baby. “What was the big deal anyway?” you wondered. So what if little Noah ate a full meal and had a bowel movement? You did those things every day! No need to let the world know.

After a while, more and more of your couples friends started talking about baby topics when you got together. Sophia can sit up on her own now. (yawn) Emma can eat pears and bananas with her own hands! (amazing) Liam won’t stop pulling on his privates! He’s gonna rip them off! (WTF?)

Of course, once the conversation turned to baby gear you really tuned out. The ErgoBaby Four Position 360 didn’t put as much pressure on precious Mason’s tooshie as the Baby Bjorn One. (well thank God for that) The Baby Jogger Summit has better suspension and handling than the BOB. (does this thing come in candy apple red?) The Simple Wishes Hands-Free Pumping Bra is really a little miracle in the form of two D-cups. (WOAH NELLIE – TMI) 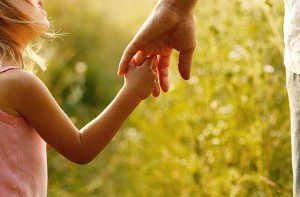 It was at about that time that you were really feeling done with the whole baby thing. Enough already! What happened to hanging with the guys, watching the latest Game of Thrones episodes together and talking about last week’s game? All your friends seemed to be lost in babyland. Of course, that’s when it happened. That’s when she came home from work that Tuesday and said the unthinkable: “great news honey – you’re going to be a dad.”

In that moment you didn’t know what you felt. Confused. Scared maybe. Suddenly overwhelmed and feeling the urge to buy every baby book known to man because you only had nine months to become a parent. But then you saw just about the biggest smile you’d ever seen gracing your wife’s sweet face and something changed inside you. And you knew it would be alright.

In the next few months, you didn’t think about it much. You went to work and out to eat and life went on. You went to the first doctor’s appointment with your wife because you said you would and it was on your calendar. The appointment was pretty boring really and just about over when she pulled out a little machine and started rubbing it across your wife’s belly. “Hear that. That’s the heart.” It sounded like a cross between an oscillating fan and a dishwasher – woosh, woosh, woosh. You jumped out of your seat. There was a heartbeat. There was actually a little living creature inside there. This wasn’t just theoretical anymore. This was happening. And it made you excited.

That visit put you in research mode. It was time to figure out just what the heck a Maxi Cosi Mico was and why European crash testing was important. You visited baby stores and online forums and learned what a DS, DD and SAHM was, among other acronyms. You felt proud when you and your wife found the perfect glider and even a little excited when you pictured yourself rocking your LO while humming a little tune – something manly, of course.

Then the big day came. Everything had been leading up to it. You watched as your wife transformed from the woman you had always known into a bona fide superhero, right before your eyes. You witnessed her endure more pain than you thought possible and come out stronger on the other side. And then they did the unimaginable; they placed a brand new, tiny human in your arms. You were amazed at how complete and perfect and wonderful this new little being was. And you felt something you had never felt before: a little bit of awe, mixed with a dash of tenderness and a whole lot of love.

In the following weeks, you learned some things. You discovered just how good your wife was at being mom, how natural it came to her and how happy it made her. You found out that you actually could change a diaper and that it wasn’t quite as horrible as you thought it would be. You learned that it was actually kind of fun, getting to take care of someone so completely. In fact, somewhere amidst the endless feedings and changings, you realized that this new little person needed you; like really needed you. More than anyone had ever needed you before. And it felt good to be needed like that.

Then one day, your perfect, tiny human stared right into your eyes and decided to smile for the first time. In that moment, your heart melted fully and your transformation was complete. You picked up your phone, snapped a pic and said “ah, what the hell” to yourself as you uploaded it and clicked on post.