Full disclosure: I am an extrovert. Making and keeping friends has never been an issue for me…until I became a mom and all of sudden, there was a whole new rulebook. And after spending a year in quarantine, many of us have forgotten how to socialize, let alone make new friends. This Denver mom nails many of our awkward social interactions.

When I moved to Denver 19 years ago as an unmarried woman, most of the women my age had kids. When I finally started reproducing, my peers the same age had kids entering middle and high school.  And now, I’ve moved to a new place where all the moms with kids my same age are a decade younger than I.

I’ve been like a fish out of water for most of motherhood. But if I’ve learned anything, fish can find new water sources if you’re willing to actively seek them.

If you want to make and keep meaningful friendships, this post is for you but warning: it takes some work, as all good things do.

How do I make friends as a mom?

Love yourself first. Great friendships start with working on you first and your ability to give and receive love. “Remove the ‘I want you to like me’ sticker from your forehead, and place it on the mirror where it belongs.'” -Susan Jeffers

Put yourself out there. The painful truth is life doesn’t just happen to those who wait. Seems like a no-brainer but I’ve learned how to develop a thick skin when developing friendships because it takes time, patience and course corrections to find your people.

Many people won’t reciprocate. Repeat that 100x when you repeatedly invite people and they never return the favor. I’ve had to figure out if they just aren’t the “inviting types” or if there are other factors at play. Even now, I have a great group of friends with whom I hike and bike, and I’ve never been invited inside their home. It’s nothing personal. Mostly. Meet them where they’re at…and stay if it still works for you.

Not everyone will like you. I know, it’s hard to imagine but you’re not everyone’s favorite flavor. And that’s OK.

Some people will love you. Need to drop off the grid for a while because you’re feeling overwhelmed or depressed? Find friends who love you during your highs and your lows. 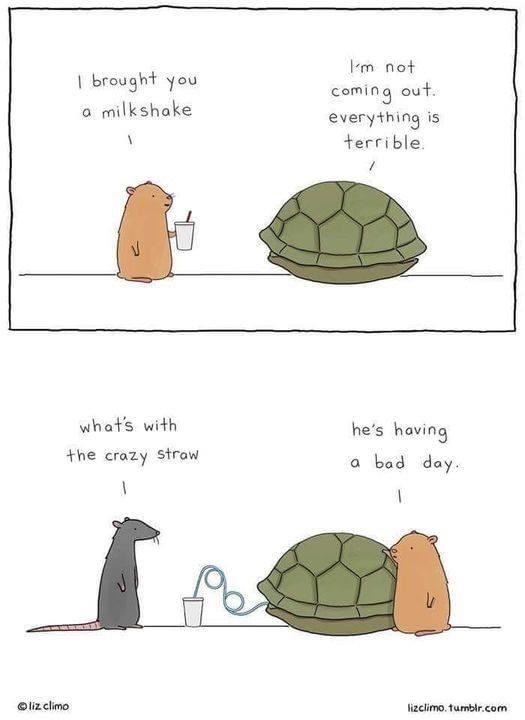 Don’t settle. That mantra holds true for marriage (and is the reason I didn’t marry until I was almost 31) and it’s the same for friendships. Desperate for connection, I joined a local moms group chapter that met at a local church and the group just didn’t work for me. Confession: After one mom talked my ear off how she married her dad’s best friend (and several other uncomfortable encounters), I snuck out the basement back door and never went back.

Give it some time. OK, I realize this is counter-intuitive to what I just said but don’t give up on something just because it’s hard in the beginning. It’s supposed to be hard. I joined another mom group that was pretty mediocre the first time we met…but there were no red flags to cease-and-desist so I kept going. I stayed with that group for many years and some of those women remain my dearest mom friends to this day.

Part ways with the mean girls. In middle school, I desperately wanted to be part of the popular group of girls and one day, I was miraculously granted access. Except they were mean and incredibly boring; all they did was primp and gossip. I, fortunately, wised up sooner than later but I had a similar encounter shortly after I moved to Denver and had my firstborn.  I thought I had found my tribe…until I learned a few of them were saying really rude things about me. I was incredibly mad and hurt…and, while forgiveness is important, so is creating boundaries so I moved on within the week. Important note: I didn’t make the group decide whose side they were on…I just quietly left and maintained a few close friendships from that group while finding new people who had my back.

Find people with common interests. Do you love hiking? Art? Movies? Reading? Church? Eating out?  Losing weight after all the eating out? Take a class. Join an already established group. There are so many in-person or online meetup groups of people just like you who want to make a connection. When my kids were little, I had a lot of playdates with fellow moms with whom had I nothing in common. It was a nice temporary fix but my real friendships have come from those with whom I share common interests and values. I have a friend who loves food so she started a foodie group where women of all ages and stages make a dish from a recipe blogger every month and we meet together to share. Didn’t have time to make that dish? Come eat anyway!

Don’t make it always about you. Sure, we all have needs but when my daughter complains about friend drama and what she’s not getting out of her friendships, my husband always asks her what she is bringing to the table. Is she bringing support, light, positivity and is she a friend who knows how to give back? She is a junior and is finally figuring out how to build lasting friendships. It’s never too late.

RSVP, yes or no. Maybe you’re more of an ‘attender’ than a ‘planner’ which is just fine. But when you are invited to something, did you know répondez s’il vous plaît (RSVP ) means please respond? As in a “yes” or a “no.”   There are so many factors at play–busy-ness, depression, social anxiety, I get it and I try to give people the benefit of the doubt. But after I repeatedly invite with no response, I move on; for those who take the time to say “not this time, maybe next time,” they’re always on my list. Respond privately even if it’s a group text or Facebook invite; someone is putting themselves out there so validate them with some kind of response.  Oh, and I’d rather have someone say “no” than RSVP “yes” and not bother to show up.

Friendships have seasons. Do you have a mom in the throes of diapers and naps who seems to avoid you? Maybe she’s just completely overwhelmed and sleep-deprived. Many moms are just trying to keep their crap together (and in the diaper). I love this quote from Amy Barnes: “I’d like to get together but I can’t. My kid is living their #bestlife and I’m their ride.”

Friendships evolve. Move on. I try not to burn bridges but some friendships run their course and that is OK.

Build your tribe. Don’t feel like you have any real friends? When I moved to Denver, I didn’t know anyone and after a year, my friend Lisa invited my husband and me to join a dinner group with a few other couples. None of us knew each other but we had kids of similar ages.  Today, they are still some of my dearest friends and I’m so grateful my friend Lisa was vulnerable and reached out…and in…to make new friends.

Belong to yourself. Do you see pictures of friends on social media and start to feel lonely because you don’t belong? Remind yourself you don’t belong to anyone or any place; you only belong to yourself. Don’t let Instagram’s FOMO (fear-of-missing-out) get you down. Some of us are homebodies, some of us like to socialize. Some people only need one close friend; for others, they need a village. Honor who you are and your needs.

If you build it, they will come.  My kids have struggled to find lasting friend groups but when we FINALLY finished our basement and had an area for their entertainment (without Mom hovering nearby), their friends started hanging out. It doesn’t have to be a massive project like a basement; it could be a new video game or the best brownies on the block. I was slow to make friends as well but as I identified friends with common interests, we started a GroupMe and now we frequently have several moms hiking or biking with us every week.

And finally (and most importantly), remember that Circles suck. Don’t try to form an exclusive social circle. Form a large horseshoe where anyone can enter.