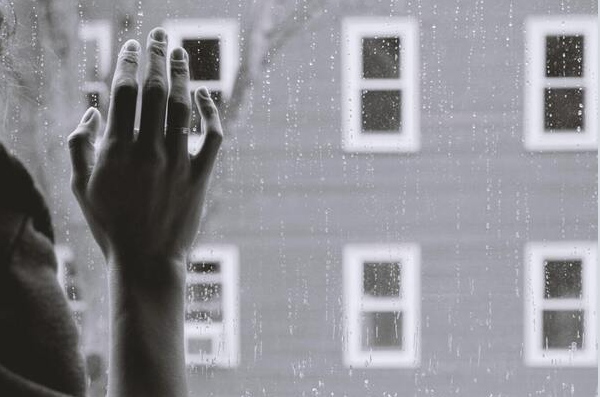 My Abuser Killed Himself: From Hopelessness to Healing

Trigger warning for Denver domestic abuse and suicide. Names have been changed to protect the privacy of certain individuals. Read the backstory from this Denver mom, Emotional Terrorism: Coping When Your Ex Has Narcissistic Personality Disorder.

My tormentor’s ashes sit in a box in my house. I agreed to hold onto them until his brother, Larry, who lives out of state, retrieves them in the spring. I won’t look inside of them. I know that seeing his remains will wake up the anxiety and the fear living within me. Even though he is dead, I know that I will react as though I am seeing him while he was alive.

Before Alex died, he forced me to participate in a vicious custody battle. He had ample monetary means to litigate me to the point of legal and financial abuse, leaving me mentally exhausted and physically worn down. My hair started falling out, I developed reflux and even had a bout of shingles. During this maelstrom of emotional and physical turmoil, I had to take care of our son and shield him from the conflict. Winning was Alex’s ultimate goal, at the expense of our child’s well-being.

Our most recent custody evaluation exposed his lies, verbal assaults, and emotional abuse of Jake. The custody evaluator recommended that I receive more parenting time and that Alex seek help from a parenting coach. She also disagreed with Alex’s motion to change Jake’s school. Once the report came out, Alex began to distance himself from our son and told me that he would only see him if Jake, who was 14 at the time, arranged the visitation.

Three months later, Alex’s brother called me. Alex had killed himself with a gunshot to his head. I cried. My reaction caught me off guard. Why was I crying over a man who had mentally and emotionally tortured me? Was it cognitive dissonance?

A pit in my stomach grew as my next thought turned to my son. I had to tell him his father was dead. But I knew I couldn’t. My voice was shaky and my breathing labored as I called Jake into the living room. The news of Alex’s suicide was surreal but telling my son made it all too real. Thankfully, my husband said he would do it. I could only sit next to Jake, holding his hand as he burst into tears. I was grateful he didn’t want to know how his father killed himself.

My nervous system was in shock from the news and the violence of his death. Intrusive thoughts of him loading the gun and pulling the trigger haunted me daily. For weeks, I pictured him falling into a pool of his own blood. I wondered if he had never met me if he would still be alive today. If I hadn’t sought protection for my son or just agreed to giving him more parenting time, would he still be alive?

I am not responsible for his death, but a right-minded decision may still leave one feeling terrible for having had to make it. I chose to fight Alex’s demands in court for the sake of my son’s psychological well-being.

The custody report not only didn’t go in his favor, but he saw in writing how his words and behavior negatively impacted our son. This isn’t to say that reading the report changed him or instilled empathy in him. More likely it crushed his ego –  he couldn’t bear the blow to his self-image. The narcissistic injury was overwhelming, and without any internal resources, he was unable to say to himself that he had made mistakes or that he was wrong. Without emotional awareness, he couldn’t say, I’ll try to make things right.

What is narcissistic mortification?

A friend of mine told me that his suicide was the result of narcissistic mortification, which I have read is the primitive terror of self-dissolution, triggered by the sudden exposure of one’s sense of a defective self… It is death by embarrassment. The ego that he constructed, like a fortress made of paper, was torn to shreds after the evaluation. What I will never know for sure is if the destruction of his armor brought him to the deepest depths of depression or his final act of manipulation. Was killing himself his way of having the last word?

His suicide revealed the fragility underneath his narcissism. He once told our son that only mentally ill people go to therapy. Perhaps he was terrified of the demons lurking inside himself. He was a human being with pathological insecurities. The recognition of his humanness neutralized my anger toward his abusive actions in the past.

My attachment to him was conflicted, yet it was an attachment, nonetheless. Our lives were intertwined because of our child.

A Different Kind of Grief

This is a difficult kind of grief. I don’t feel loss but I do feel sadness about the kind of life he must have lived that brought him to his end. Many times, I wished that a healthy, compassionate brain would somehow replace his angry, narcissistic mind. Like in the Freaky Friday movies, I hoped that somehow a switch would occur. And the next day I would receive a conciliatory e-mail asking if we couldn’t put all of the animosity behind us.

My son, on the other hand, no longer has a father. I think about a house that he once called his home and is now being sold to someone else. And as is the case with many suicides of a loved one, my son will know no closure. Alex’s and Jake’s relationship was complicated due to Alex’s personality disorder and mental illness. But Alex was still Jake’s father, and Jake loved him.

Alex didn’t leave a note, so I’m sure that Jake has many questions. I can’t imagine how much pain he must have been in to not have the will to see his son grow up. Not only will he miss out on the rest of Jake’s life, I wonder how much he missed while he was still alive but focusing on hurting me.

More recently, an emotional shift occurred when I got a letter from a collection agency for a medical bill for our son that Alex neglected to pay five years ago. I did not even know that the charge existed, and legally he was required to pay a share of the bill. He chose to ignore it instead.

Anger and resentment hit me like whiplash. This was not about the money or the inconvenience. It was a reminder of one of the strongest weapons that Alex used against me, the constant state of uncertainty during his relentless litigation.

Complete forgiveness is not the answer for me. The abuse did matter. Granting him absolution does not validate my experience. Taking his own life was horrific, and his mental anguish is worthy of compassion. However, I am entitled to feel a sense of relief now that he is gone. My empathy for him sustains my connection to him, but I don’t want to carry the trauma. I deserve release.

During the years of his abuse, I dug deep within myself to fight for the protection of my son and myself. I acknowledge that my son’s journey is different from mine in many ways and that his healing requires grief counseling and my love and understanding.

For me, I’ve tried to use this experience to transform a nightmarish situation into something good. Currently, I am an advocate for family court reform and child safety. I would rather that my son and I had never gone through the abuse, but post-traumatic growth gives me the strength to help others.

Besides caring for my son, my priority now is feeling safe. Although the source of my trauma is now gone, I still have a fight or flight reaction when Larry contacts me. At the sight of an email notification from him, my heart races and my chest tightens. ` `

I decided to tell Larry that all communication about the estate will need to go through my husband going forward. To some, that may seem like running away. But I am going to protect myself by setting boundaries. I’m still processing the trauma I experienced and need time to heal.   For years, I’ve felt like I’ve been taking in a deep breath. When Larry comes by to pick up Alex’s ashes, I’ll finally be able to exhale.

If you or someone you know needs help, SafeHouseDenver serves survivors of domestic violence and their children through both an emergency shelter and non-residential Counseling and Advocacy services.

The Death of a Dream: My personal hell after discovering my husband’s affair