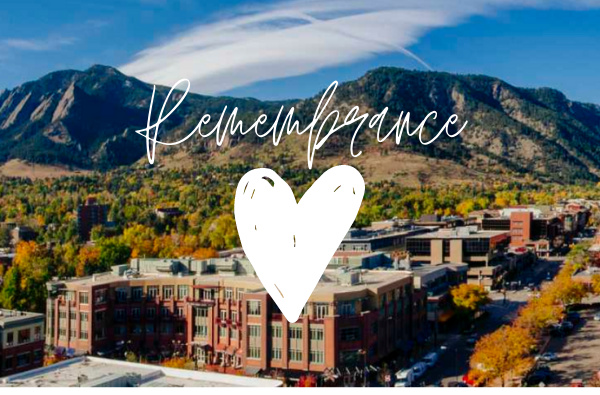 They were young and old, single and married, King Soopers customers and employees and an officer first on the scene. The youngest was 20; the oldest 65. And, according to Boulder mom Rachel Walker, Colorado’s latest mass shooting hits way too close to home.

“The thing is—King Soopers in Table Mesa wasn’t just a grocery store. For the past 18 years, it’s been my community center. It’s where we shop, where we run into friends and teachers and our doctors. It’s the equivalent of a small-town post office. And for someone as chatty as I am, a trip to the store was almost always guaranteed to be a super fun excursion where I’d see friends.”

She says before the pandemic, her kids would run through the store helping get stuff for their cart—as kids do in safe grocery stores.

“Although I am not intimately acquainted with the victims, I know two of them, and I am heartbroken at the senseless, violent deaths of them all. And although mass shootings in America are not shocking in the sense that we have all become numb to the epidemic of gun violence, to have this atrocity take place so close to home where everyone in my community goes is absolutely shocking and hard to process.

“I keep imagining the trauma everyone in that store went through, and it breaks my heart and feels incredibly hard to understand or accept.”

Officer Eric Talley was an 11-year veteran of the Boulder Police Department and was first on the scene. He was the father of seven, ranging in ages from 7 to 20.

Lynn Murray, 62, was a mother of two and had worked for several New York City magazines and was working as an Instacart employee when she was killed.

Kevin Mahoney, 61, was formerly the chief operating officer for a hotel development and hospitality management company.

Suzanne Fountain, 59, had recently embarked on a new career, advising people turning 65 about how to apply for Medicare.

Tralona Lynn “Lonna” Bartkowiak, 49, was a gifted artist who managed a shop owned by her sister in Boulder that sold yoga and festival clothing.

Rikki Olds, 25, was a front-end manager at King Soopers in Boulder, Colo. and was remembered by her family as a loving, hard-working person.

Denny Stong, 20, went to Fairview High in Boulder and his dream was to be a commercial airline pilot.

Teri Leiker, 51, worked at King Soopers for 31 years before her death and was described by a friend as one of the most caring and loving individuals she had ever met.

Jody Waters, 65, was a mother, grandmother and longtime Boulder resident who worked at a clothing boutique on Pearl Street Mall.

Neven Stanisic, 23, was a Serbian refugee from Bosnia and attended Alameda International Junior/Senior High School in Lakewood. He was remembered as a man of faith.