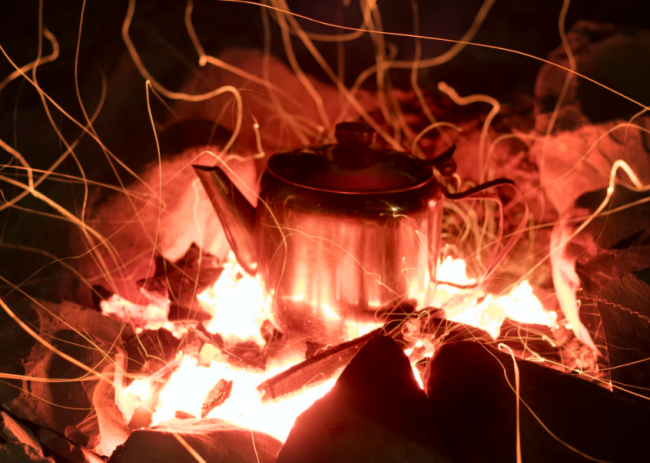 The funniest practical joke camp story ever: was it a gorilla or a bear?

Mile High Mamas recently launched our 2021 Summer Camp Guide. In addition to this directory, we will be featuring a variety of Denver camps over the next few months that give a more in-depth glimpse at camp life so keep circling back. A few of our featured summer camps include these day camps: Junior LEGO® Masters, Pedalheads,  Camp Gardener at the Gardner School of DTC, Avid4 Adventure, Kindergarten Prep Group, History Colorado Center, Denver Kent School, Summit Sensory Ninja Gr0up, Summer at Ricks, Skyhawks and SuperTots, Steve & Kate’s and Renaissance Adventures. Overnight camps include  Keystone Science School, Blue Mountain Ranch and Avid4 Adventure.

A few years ago, I read a hilarious story in Outside Magazine where outdoor guides/counselors shared their favorite stories. Chris Glatte’s bear vs. Gorilla tale was my favorite.

“On the last day of a Rogue River trip, in Oregon, we always stayed at Decision Rock, and we always had bear trouble. So for years we would stack rocks nearby to throw at them. You’d hear other camps banging pots and pans, and you knew they were hosed. But the bears would never mess with us more than once, because of the rocks.

The summer of 1998 was my last season as a guide. Before we put in on my last trip, I went to a costume shop in Grants Pass and asked for a bear suit. They didn’t have one, but they did have a gorilla. So I rented that and packed it in my drybag.

When we got down to Decision Rock, the clients all left to camp above the river. As we got ready for bed, I told the other guides, including my brother, Hayden, and his future wife, Margie, “Hey, the last time I was here there was a bear cub, and I don’t want to hurt the cub, so I think we should bang pots and pans tonight instead of throwing rocks.”

So I got all these pots and pans and put them next to everyone’s heads. Hayden said, “I’m not doing that. It doesn’t work.” So he stacked up a bunch of baseball-size rocks beside him.

We went to bed, and I set my alarm for two o’clock in the morning. When the alarm went off, I snuck away. I took several life jackets, and I strapped them on all over—around my shoulders, like a diaper, everywhere. Wearing all that with the costume over it, I was huge.

I ambled down to the river on all fours, and I put my hands on the table and knocked stuff around. I was making all this noise: “Grrr, grrr.” Margie woke up and elbowed my brother. “Hayden, it’s a bear! He’s right there!”

Hayden got up, pretty groggy, and tried to focus on what he was seeing. When he reached back and grabbed a rock, I stood up and started running at him as fast as I could. He was tangled up in his sleeping bag, and I jumped through the air at him, but he got his feet up in time. So instead of landing flat on top of him, I landed on his legs, and he started jackhammering me in the gut.

Meanwhile, I was swiping him in the face, trying to claw him with the rubber gorilla hands. He was screaming in terror. I looked over and saw Margie, who was beside me, with her pot in her hand, and she was banging the pot, trying to scare me while I was mauling Hayden. When I saw that, I lost it and started laughing so hard I rolled right off him.

At this point, all the guides were awake. My brother was hyperventilating. He told me later, “As I was kicking you, I was thinking, He’s kind of soft for a bear.”

A coda to the story:

After that, I circled a bunch of kids from New York City who were on the trip. They all woke up and stared—not making a move.

In the morning, one of the kids said, “There was a bear last night!” And soon all of them were telling stories about what they saw.

But one of the kids, Brian, wasn’t saying much.

And another kid said, “Don’t ask Brian. He thought it was a gorilla.”