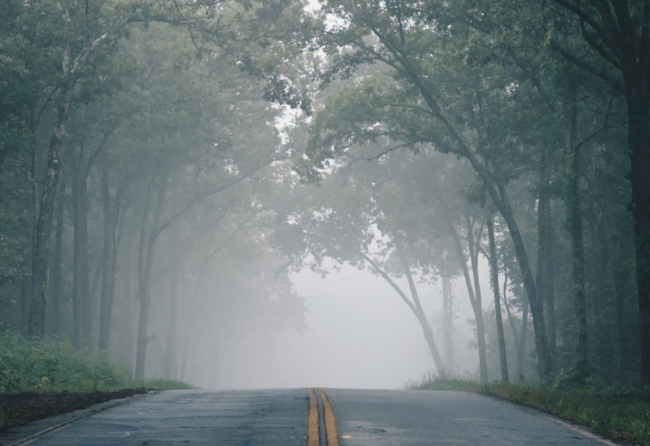 My road-trip through Dolly Parton’s America during a pandemic

I just got back from taking my oldest daughter to college in Nashville, a trip I’d been dreading since…well…I guess since March 2020. Haley had come home on March 9, 2020, packed for a weeklong spring break. Ten months later she went back.

The 2020 spring semester was scary, but easier – the school had made the decision of whether or not she should return to campus for us when they closed like so many other universities. But I spent the summer sweating (literally), wondering if she would return in the fall. After careful consideration, she decided to stay home and take online classes, saving the money for room and board, and I had a four-month reprieve on making a trip I didn’t want to take. But in January 2021 it was time to go back.

This was stressful for me for a few reasons:

As anxious as I was to get out of the house a little, driving across the middle of America during a pandemic and overwhelming political angst was not really what I wanted to do – I was thinking more along the lines of an easy stroll through HomeGoods. Fortunately, her Honda Civic, Rhonda the Honda, got amazing gas mileage, which meant that we could keep stops (and exposure) hopefully to a minimum.

If we didn’t have a pandemic going on, I’d advise everyone to take a road trip to see how people are dealing with the pandemic. I live in a somewhat liberal bubble – with a few gun-toting Republicans to give us some spice – and while I know that not everyone handles the pandemic like Colorado, it was eye-opening to see how different everything really is.

The moment – and I do mean within the first mile – of crossing the Colorado/Kansas border…everything seemed to change. Lots of large, permanent-looking signs supporting Trump lined the highway and while every gas station had a sign on the door requiring masks, “required” doesn’t mean the same thing in Kansas as it does in Colorado.

As we headed east, things got even looser. By the time we stopped for the night in Missouri, I looked in disbelief at the packed restaurant parking lots as I picked up a quick sandwich for my daughter and me to eat at the hotel.

I can’t say I was angry – I was just pretty much in shock. I’m an avid news watcher (something I’m actually trying to cut back on), but you don’t really understand what’s going on everywhere else until you see it for yourself. And I will admit that I am pretty quick to judge people who aren’t handling the pandemic as I believe they should – just as they’re probably pretty quick to judge me.

Which is where Dolly Parton comes in.

Last spring, as the kids were trying to make the most out of being at home, my girls would often get a speaker, beach towels, and sunscreen and sit out on our back porch doing homework or making bracelets – anything that would make them feel occupied and a little normal. Through most of this time, they listened to music – until my oldest daughter turned on the Dolly Parton’s America podcast. I heard snippets of it as I worked in my garden (the thing that was making me feel more normal), but I didn’t get to listen to the whole thing. So, my daughter and I listened to it in the car.

Now, the week before the trip, I’d been listening to the TED Radio Hour discussion on conflict. Ironically enough, the man who interviewed Dolly for the Dolly Parton podcast, Jad Abumrad, was a guest on that conflict show. To paraphrase, he basically said she was fascinating in how she handled conflict. How at her concerts, a MAGA guy could be standing next to a drag queen, but they’re all having a great time. How she has an uncanny ability to lift herself up without disparaging anyone else – and that it’s sometimes frustrating. As the interviewer, he would sometimes get mad on her behalf about something that had happened to her. But she would never take the “anger” bait. After hearing this, I couldn’t wait to listen to the full podcast to answer this question:

HOW IS THAT POSSIBLE???

I’ve listened to some Dolly music and I’ve always liked her, however, I’ve never really considered myself a fan. But from the beginning of the podcast…I was completely hooked. I mean, this woman is so fascinating that there are college classes totally dedicated to analyzing Dolly (which I kind of feel bad about. Who would want THAT??). I learned the words “Dollitics” (how Dolly handles politics) and “Dolliology” (the study of Dolly Parton) and listened to her talk about her story, her beliefs, and her philosophies (can I coin the term “Dolliosophies”?).

For an incredibly self-deprecating woman…she is brilliant. The podcast played snippets of her in situations where people are pressing and pressuring her to take a stand and her ability to side-step these questions while still giving thoughtful answers is nothing short of remarkable. She really never says anything bad about anyone and up until that point, I didn’t even know that was possible. I mean, we all have opinions and I always thought it was human nature to voice them. But somehow she doesn’t.

I’m not sure if I can adequately explain what it’s like to drive through the heart of America in January 2021 while listening to a woman deftly navigate a minefield of questions about current events somehow without insulting anyone.

As I passed sign after sign supporting different sides of politics, abortion, and religion, all while listening to a woman so sure of herself and her own beliefs that she was able to successfully work and be friends with people who might oppose what she believes in all while keeping her own counsel…it was weird. Even as I type this, I don’t know how she does it, but she makes it look effortless – and for that I’m envious. The only time I heard her use the word “hate” in the entire podcast was when she talked about people who say they’re Christians, but don’t walk the walk.

And who can argue with that?

Now, keep in mind that not everyone is on board with her Dolliosophy (I seriously hope someone picks up on that). Her own sister thinks that by keeping silent, she’s not helping anyone. Which brings up the more complicated question: If you’re quiet…are you complicit?

I know many others will think so. And maybe I do too. It’s complicated.

But after driving through four – no, wait. Five – states (my daughter and I somehow didn’t realize we would be going through Illinois. It’s seriously amazing we got to our destination), I began to wish that I really was living in Dolly Parton’s America.

It seems like a pretty great place to be.

Catherine Tidd is the author of Confessions of a Mediocre Widow and the owner of Social Seed Marketing. She also fancies herself as a professional boxed wine taster and the best triple digit golfer in the Denver area. Find out more by visiting www.CatherineTidd.com.