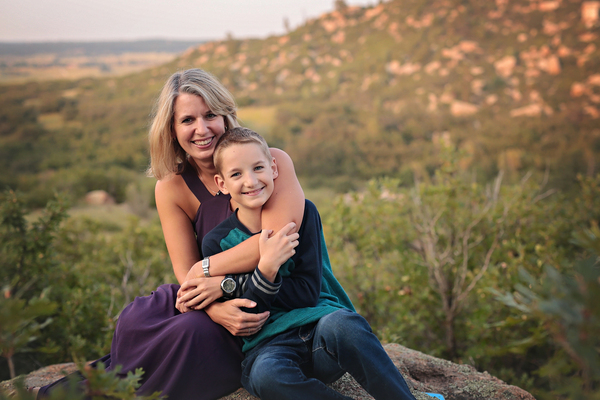 Is the COVID vaccine safe? Insights from this Colorado mom and labor and delivery nurse

Gaye Beckman is a single mom to a teenage boy, triathlete and healthcare professional She has worked as a labor and delivery/mom-baby nurse for the last 9 years at a large metro Denver hospital. When she recently announced she was excited to be one of the first in line for the COVID vaccine, we asked her to share her insights.

How has your job changed with COVID?

I work at UCHealth Anschutz in labor and delivery and on the mom-baby unit. I do l&d, triage (the OB emergency dept), postpartum, new baby admit, and am a relief charge nurse on both units. Working during COVID has been…interesting, to say the least.

In the beginning, back in the spring,  it was terrifying, just because there was so much we didn’t know. Guidelines were changing daily, if not hourly. I remember when we first started wearing masks at all times…the hospital manager literally wheeled a cart of procedure masks onto the unit *at midnight* and that was the first that we had heard that we were going to have to wear masks all the time…no emails from the administration, or anything. Just the poor hospital manager who had to break it to us in the middle of the night during our shift.

Visitor guidelines changed all the time and it was hard to tell our patients what to expect when we weren’t even sure what the current rules were. Guidelines are still changing, although less frequently.

As the surge has increased this fall, things have tightened back down (although they never really loosened up all that much). We are definitely seeing more COVID patients. In the spring, we were recommending (although never requiring) that COVID-positive moms separate from their babies, which never made sense to me because they were going to go home with them to the same place. Honestly, not very many mothers chose to separate, and I don’t blame them.

Most of our patients are asymptomatic; we do universal screening on admission so we’re finding a lot of people who had no idea they had it. We have had some very sick patients, though, including several requiring ICU care. Thankfully, as far as I know, all have recovered. We’ve been fairly lucky to have never been completely out of PPE (perks of working at a huge hospital, I guess), although we are still reusing/reprocessing our N95s until they no longer seal or are stained or break.

My stepsister is a supply chain administrator at a hospital in the Midwest, and she sent me a care package with a bunch of masks “just in case” back when everything went down in the spring, luckily I’ve never needed to break into them! We did start using reusable gowns a few months ago, which I actually like from a theoretical, environmental perspective…but they’re awful in reality. It’s like wearing a shower curtain. I’ve never sweat so much as I did last week when I had a pre-eclamptic COVID-positive patient and had to be in her room hourly doing checks.

How has COVID impacted you personally?

Personally, the spring was pretty awful for me because when they announced school closings, we made the decision to send my son Tyler to his dad in Ohio indefinitely; partly because of my risk of bringing COVID home to him, and partly because at least there he would have a family (dad, stepmom, stepbrother, and half brother) to hang out with rather than just being stuck at home all the time with a mom who works the night shift.

He ended up being gone for 11 weeks, which was honestly the best possible thing for him, but absolutely miserable for me. I wasn’t really going anywhere, and oddly enough, although I had little to no anxiety about going to work, I had a lot of anxiety about things like going to the grocery store or going out for a run or a bike ride. Probably because at least at work, I knew people would be wearing masks and it would be a fairly safe environment, whereas out in the world at large, who knows what you would come across.

I feel very lucky that Denver instituted a mask mandate very early, and that by and large, people have followed that guidance. Because of that anxiety, though, and the fact that I and most of my friends were taking lockdown seriously, I spent most of that time while my son was gone with my only real social contact being at work. It probably wasn’t until the end of April before I cautiously started seeing one friend in person again. I really didn’t realize how isolated and depressed I had gotten until Tyler finally came back at the very end of May. I honestly think that’s been one of the hardest parts of all of this for me. 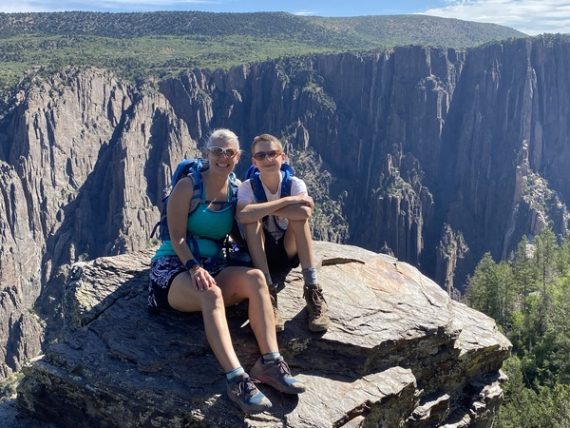 What has been a frustration for you?

I think one of the biggest frustrations for me throughout this whole thing (besides the obvious of people not taking it seriously) is how politicized it all became. This never should have been political, and had it not occurred during an election year, I doubt it would have become nearly as much so. As someone who is actively working with COVID patients, it’s been unendingly frustrating to see our country’s leadership dismiss mask-wearing, social distancing, and all the other things that we KNOW help contain this disease. It blows my mind when I look at the map that the NYTimes has on their website showing the current levels of covid around the world and I see that the US is still one of the few spots on the globe that is still that horrible dark red color.

Political rants aside…I think one of the other things that is maybe more sad than frustrating is that my patients never get to see my face. I never realized how difficult it would be…from practical things like trying to show a new mom what a baby’s mouth should look like when they’re latching on to emotional things like trying to comfort a patient who is terrified that she’s going to die after being readmitted with COVID and pre-eclampsia. I’ve had a dad recognize me two years after being their nurse and stop me in the hallway to show me pictures of their toddler now…that’s not something that’s likely to happen when all they really see of you is your eyes and hair.

What are your feelings about the vaccine?

I am SO excited to be in the first wave of vaccines. I know there are a lot of fears out there about the process and how quickly these vaccines happened. I was initially nervous about that, too, but after doing the research, I firmly believe that the vaccines (at least the Pfizer and Moderna vaccines which are what we are going to initially see) are SAFE and they are EFFECTIVE.

A couple of great resources that I’ve found are Laurel Bristow @KingGutterBaby, who is an infectious disease researcher (and who is also HILARIOUS, by the way), and Jessica Malaty Rivera @JessicaMalatyrivera, who is an epidemiologist working on the COVID-tracking project. They have large platforms on Instagram and Twitter and use those to spread evidence-based research and answer tons of questions.

Essentially, the reason that these vaccines happened so quickly when most vaccines take years or decades is not that they were “rushed,” but because they were able to cut through all the administrative crap that most vaccines get tied up in…years of waiting for approval, writing grants to get money for research, etc. It’s pretty amazing what can happen when you get rid of red tape and throw money at something like this. I fully intend to document via social media for proof that I don’t sprout any extra appendages or anything else, lol.

For my fellow moms who are anxious about the vaccine, I get it. As a mom, I’m a cautious vaccinator. Tyler is fully vaccinated, but his pediatrician and I collaborated to space out the shots so he wasn’t getting as many at once. We’re all in this together.

In addition to working as a labor and delivery nurse, Gaye Beckman, RNC-OB, C-EFM, BSN, MEd also worked for 10 years as a high school athletic trainer. She has a Master’s degree in health promotion and education.