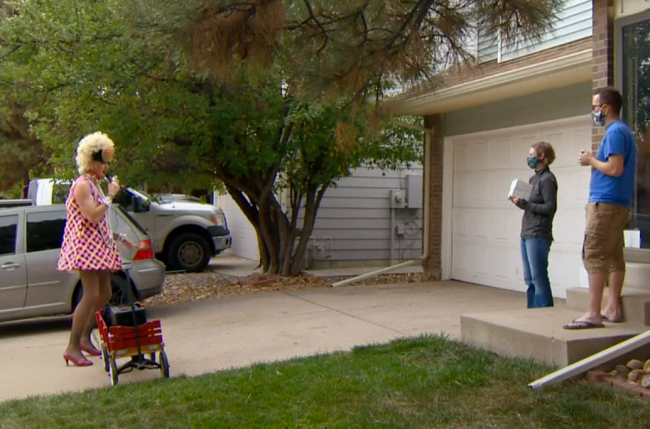 Martin Howard delivers pies as Chocolatina all over Denver. He calls it a “Party Package,” and it includes two pies, two quiches and one drag queen with a song.

“That’s another thing I like about being a chef — you don’t have to have serious hair,” Howard said, as he pressed pie dough into tins while tossing his pink-and-blue-streaked blonde hair. “I’ve never been one for serious hair. Party hair!”

Howard is an award-winning pastry chef who moved to Denver from New York City about 3 1/2 years ago. When the pandemic hit in March, the baker, who was working at a catering company, had to start thinking creatively once events were canceled.

“It’s just so up in the air this catering business, you never know,” Howard said. “The parties cancel real quick, or the numbers drop a lot.”