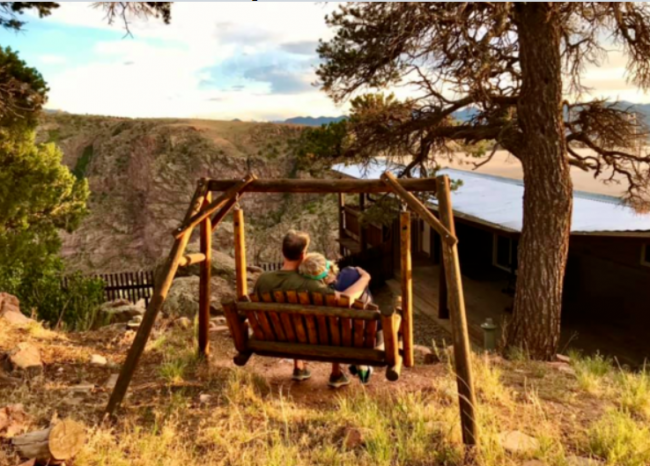 My husband Jamie had recently graduated from college and had started his own consulting firm when a lump starting forming on his neck. It disappeared after a week but night-sweats and flu-like symptoms emerged. And then the lump returned.
He tried a few home remedies to no avail and finally sought medical attention. After Jamie described his symptoms, the doctor said, “I think it could be either mono or cancer. And I don’t think it is cancer.”
He was wrong.
Jamie was diagnosed with Hodgkin’s Disease, cancer of the lymph nodes. When detected early, the survival rate is 80%. Like all cancers, a later-stage prognosis is deadly. He was single, without insurance and living in Utah, far away from his family.
His doctor told him to apply for Medicare. He was initially denied. Miraculously, he was eventually able to get on programs for which she should not have qualified and his medical expenses were covered.
But then came his personal expenses. No longer able to work, Jamie faced a very bleak, daunting future. Amidst all this turmoil, he received a call from Tom Sawyer, an influential local businessman. Tom had risen above a horrific childhood to play football for LSU, become an engineer, work on the Eagle Lander for NASA, and by accident got into politics and landed in the White House as a trusted aide for Presidents Nixon and Reagan.
He is also a cancer survivor.
Jamie had met him only once before as they both assisted their Japanese friend Yodi with becoming an American citizen.
Tom invited Jamie to his office and upon arrival said, “Jamie, let me be straight with you. I hear you need some help. Tell me about your situation.” Jamie reluctantly divulged his circumstances, to which Tom queried, “How much do you need to get through the next month?”
Initially, Jamie refused but then realized this was an answer to prayers and he gave him a number. Tom told him to come by his office the next day and he would give him a check. The next day, Jamie showed up and Tom handed him a check for twice the amount they had discussed. Jamie pointed this out to him and he brusquely said, “Yeah, I know.”
The pattern persisted. Each month, Tom called Jamie to his office. Each conversation ended the same: “Come into my office tomorrow and I will have a check waiting for you.” This lasted the duration of his chemotherapy and radiation treatments and Jamie’s cancer has never returned.
This year, I have had many moments of serious refection as people very close to me have suffered deeply. With immense gratitude, I have looked at my life, my marriage, my children, my home. I have looked at the path we have taken. It has rarely been smooth or perfect. Times may be tough but we are fortunate to not be riddled with debt and recognize the miracles we have experienced to bring us where we are today.
This holiday season as millions of people #GiveThanks and celebrate the prospect of a new year with new beginnings, I am grateful for the man who gave us ours.
-Amber Borowksi Johnson