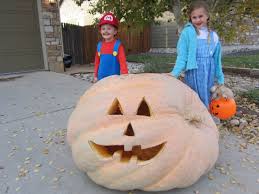 Candy taxes: Is it stealing or entitlement?

I have some bad news for parents who claim a “candy tax” by taking a portion of their kids’ Halloween candy: THEY ARE ONTO US.

A few years ago, we went to our church’s Halloween party and my kids came home with bucket loads of treats. For the most part, I let them have at it but started putting on the brakes the next day. After all, they have to save their gluttony for The Main Event on Wednesday.

I made a healthy dinner with the one thing my 8-year-old daughter abhors most: eggs. She usually chokes them down but we are entering the tween moody stage (hurray!) and she suddenly thinks she should have a say.

I don’t know when she started thinking this was a democracy, not a dictatorship.

My husband and I have never forced our kids to eat everything on their plates but usually have a bare minimum. If they choose not to eat, they don’t get any food the rest of the night. Period.

So, I gave her our usual ultimatum that she needed to eat five bites and told her I’d later throw in some candy for good measure. But, she’s a stubborn little miss and declared she’d rather go hungry.

That’s when I pulled out the big guns.

I grabbed her bag of candy and started deliberately and methodically eating it. Steam started erupting from her ears and her temperature rose as fast as a thermometer in boiling water.

“WHAT ARE YOU DOING?” she spewed.

“Taking candy taxes,” I calmly responded. “For every minute you sit here, I’m going to have another piece of candy. Oh, look–Butterfinger. Isn’t that your favorite?”

And then her clincher. “YOU KNOW EATING THAT STUFF IS EXACTLY LIKE…….STEALING!”

Let’s keep her little revelation just between us.