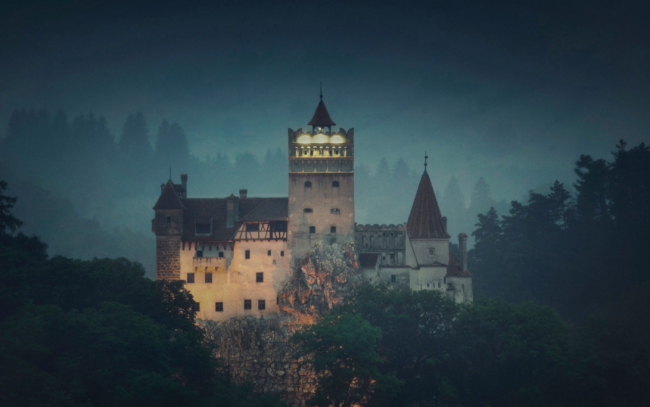 Take a Virtual Tour of Transylvania’s Myths and Legends

Today, Transylvania is mostly known for its myths about vampires and the blood-thirsty Count Dracula. But while the fictional character is a creation of the Irish writer Bram Stoker as the central figure of his fantasy book Dracula, Transylvania has its own folk creations. For centuries, Transylvania was colonized by several transient populations that have shaped its history. Romanians, Hungarians, Saxons, Ottomans, Jews, and Roma Gypsies inhabited the whimsical territory of “the land behind the forests” (trans silvae), shaping the local folklore and giving birth to fantastic creatures, magic legends, and a fascinating tradition of storytelling.

This Halloween, join Girl Travel Tour’s Romanian tour guide Georgiana for a virtual tour of Romania’s most mysterious region, Transylvania, as we explore its myths and legends, deeply rooted in the origin of this place and its people.

Discover BRAN CASTLE, the intriguing location made popular by Bram Stoker as “Dracula’s fortress.” Find out who was the ruthless character who inspired Count Dracula, how he passed justice and why he became so notorious all throughout Europe. Learn local folk stories of vampirism in the surrounding villages and how Romanians protect against “strigoi” – the undead spirits.

Romania has a strong cultural influence and complex communities of minorities, so even the most seasoned traveler will not be disappointed!
Explore the eerie tales of Transylvania. Attendance is free but tipping the tour guide is appreciated. Register here.