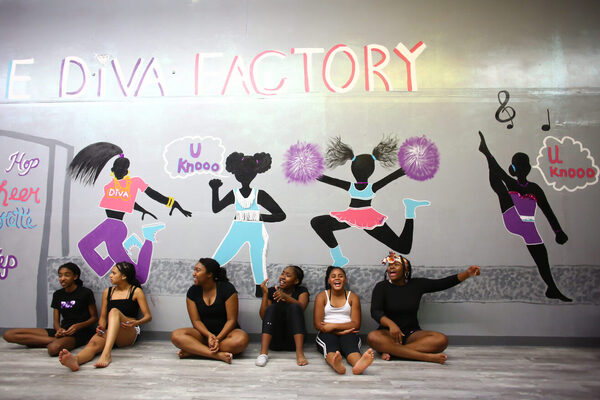 At Platinum Divaz, Black Girls Are Mentors And Leaders

At nine years old, Jahleesa Lawler is one of the youngest coaches for Platinum Divaz, a dance team based in Aurora. She’s been on the team for three years and she takes her role very seriously.

“My way of coaching is like sometimes I’m nice, sometimes I get frustrated because they can’t learn the dances so we have to move on to other dances that they already know,” she said.

The Platinum Divaz, originally known as the Platinum Diva Princess Team, has been around for seven years, with the mission of encouraging leadership skills and self-esteem, particularly for Black girls, although all ethnicities are welcome. While boys are welcome and male team members are called “The Platinum Gents,” it’s a space originally designed for girls to work hard, and support each other, through dance.

Of course, for most of the summer, the 50 dancers on the youth team had to practice over Zoom and have only been able to meet in person for the past two weeks. But these days, the team has its own space — for the first time in seven years.

Give yourself a break from the hard news of the week and read this story.