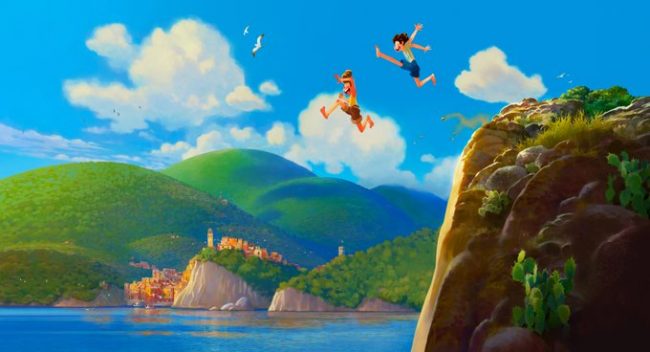 New Pixar movie set in the Italian Riviera coming in 2021

Not too much has been revealed yet, but Disney said Thursday that the animated movie will “introduce a boy named Luca as he experiences an unforgettable summer in a seaside town on the Italian Riviera.”

Luca, to be released on June 18, 2021, will be directed by Enrico Casarosa. “This is a deeply personal story for me, not only because it’s set on the Italian Riviera where I grew up, but because at the core of this film is a celebration of friendship. Childhood friendships often set the course of who we want to become and it is those bonds that are at the heart of our story in Luca,” Casarosa said in a statement.

“So in addition to the beauty and charm of the Italian seaside, our film will feature an unforgettable summer adventure that will fundamentally change Luca.” 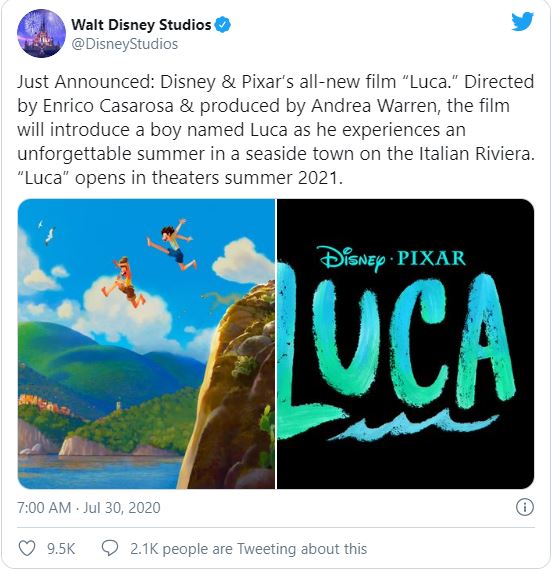 Calgon, take us away!