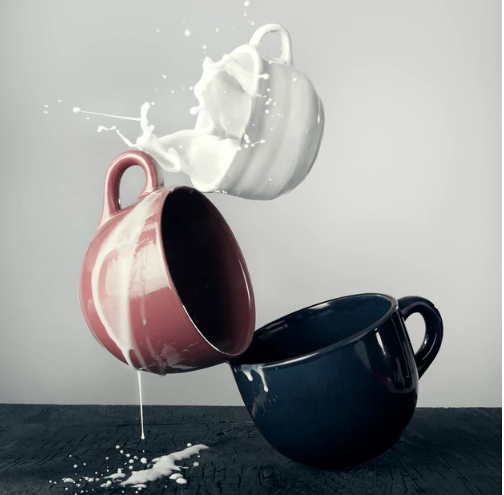 When Divorce, Chairs and Teeth Collide

The hardest day of my life: I hadn’t been separated from Antonia and Jonah’s father for even a month when a horrible accident happened. Jonah, my three-year-old, had spilled his glass of milk all over my dining room floor about a half-hour before it was time to take them to the police station, which at that time was the parent-exchange location every Sunday.

In retrospect, I should have left the stupid milk sprawled to lay where it may until coming back home from dropping them off. I should have been savoring that last half hour I had with them. But the milk on the floor bothered me. And I’m not even a neat freak, by any stretch of the imagination. Nonetheless, for whatever reason, I felt it needed to be cleaned up immediately. I would live to regret that small decision for a very, very long time.

As I moved all the dining room chairs into the living room, lining them up like a train so that I could mop, Antonia rose from the couch and tripped over her packed-and-ready-to-go duffel bag, landing directly on the edge of one of the chairs, the caboose of my train. In an instant, she was screaming and covered in blood. She’d knocked out her four front teeth in one fell swoop. Luckily, they were baby teeth, but that didn’t mean any less blood and pain and panic. I put a washcloth to her mouth to stop the bleeding and rushed her to the emergency room, calling her father from the road to meet me there.

Despite the snail-for-cars that exponentially delayed my trip to the ER, everything turned out okay. There was no permanent damage, just a mouth full of missing teeth. But she was still shaken up and hurting. As it was, this was already a painful time for her. Antonia was taking the separation of her parents especially hard.

Emergency room visit all taken care of, it was time for her and her brother to go with their father. We were all still very new to the idea of packing bags, loading up and saying goodbye to one another every weekend. But the goodbyes were by far the worst even under the best of circumstances. She looked up at me with her swollen upper lip and blood-crusted toothless face and asked me to come with her. She said that she didn’t want anything else in the whole world but for us to be together as a family that night. Just that one night. How deeply I wanted to say yes. It would have been so, so easy. Most definitely not because I wanted to spend another night with her father, but because she had just been through a horrific experience at an already stressful time in her young life. My soon-to-be six-year-old girl needed her mother! How could I cause her more pain by saying no? The demand for an answer to her question lay completely with me because her father’s vote was for more together time.

But I couldn’t. The implications would be terrible. So, with a heavy heart and a knot the size of a cantaloupe in my throat, I said no. I said it was their father’s time now. And she really was okay. This is how it had to be, I added. She looked at me as if I’d just slapped her open-handedly across the face. I closed my eyes to stop the tears, kissed my children goodbye and left as fast as I could. “How could I have said no?” I wondered, driving aimlessly around before heading back to my empty home with the train of chairs still in my living room, her blood still in my carpet.

That night, I drank lots of wine and cried myself to sleep. I finally understood the labors of parenting like I never had before. And, even though I myself didn’t become one, I understood how easy it would be to fall into alcohol or drug addiction when emotional pain was so excruciating.

It’s been several years since then, and I’m happy to report that we’ve all adjusted to this new arrangement. Whether she fully understands my reasoning or not, I think Antonia has finally forgiven me for what she perceived as abandoning her that day. The blood and gore and pain of separation is now a fading memory.

I’ll remember enough for the both of us.