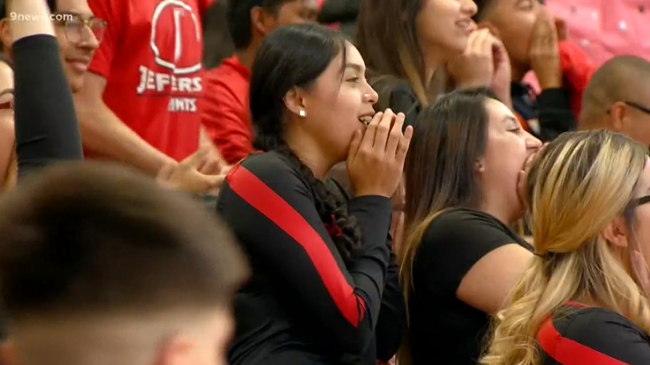 This whole crazy idea was born when Photojournalist Anne Herbst and I finished shooting a story at Jefferson Junior/Senior High School in Edgewater in May 2018. The story was about their annual tradition of having the graduating seniors visit Jefferson’s feeder schools to inspire the younger students to reach that attainable goal of graduating.

While the story itself was important, Jefferson used to be a place where graduation rates hovered around 50 percent and now is steadily climbing. The thing that made Anne and I decide to do it was what happened after we shot the story.

Principal Michael James had just finished his interview with us for the story that day and walked up to a nearby student and asked him if he had anything nice to wear to graduation. It was clear he didn’t have much money or really any money at all and the only “nice” clothes he had were the ones he wears to school every day. He had planned to wear those same wornout jeans and a grubby shirt to graduation.

Michael told him that was unacceptable and basically ordered him to accompany him shopping so he could buy his student something decent to wear to celebrate him making it through high school. Michael didn’t do it for the camera. He didn’t do it for the attention. He simply did it for this teenage boy who has been through so much.

Anne and I learned this is the sort of thing that goes on at Jefferson nearly every day. It wasn’t just the principal. It was the teachers who spent their own money to support kids at Jefferson to buy them food, to give them clothes, to even provide a place for some of them to live.

On paper, Jefferson Junior/Senior High School looks terrible. It has the state’s lowest academic ratings. It has a high poverty rate and an enrollment that has declined over the last five years. Jefferson has a reputation of being a rough school.

But, we realized that is not the whole story of Jefferson. There were amazing things happening here — amazing triumphs and unbelievable challenges. We wanted to capture that story and bring it to the public. That’s how The Jefferson Project started.