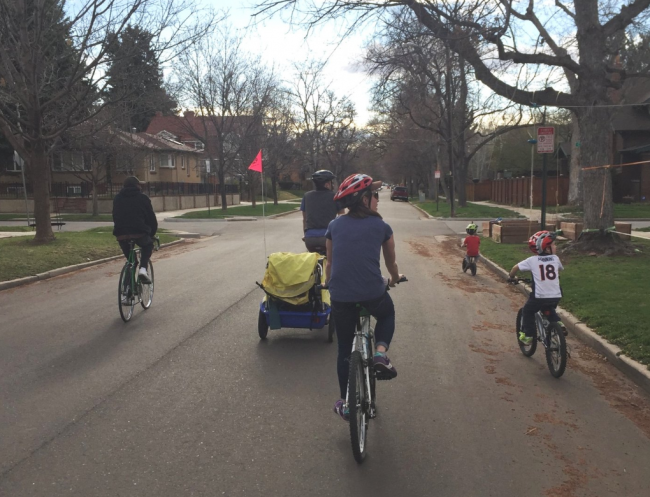 Bike Streets Project: Ride more than 400 miles of low-stress routes with your family

Colorado families want to ride their bikes more. To the playground, to the store, to meet a friend.

But they don’t, and the reason is simple.

Research shows there’s an untapped mass of folks who are interested in cycling, but are deterred by speeding cars and buses barreling by.

The main thrust of the Bike Streets Project’s outreach is a map of what Stopper calls “low-stress” routes around the city. Blue lines occasionally turn into red dots and dashes along major intersections, representing where to get off and walk your bike. 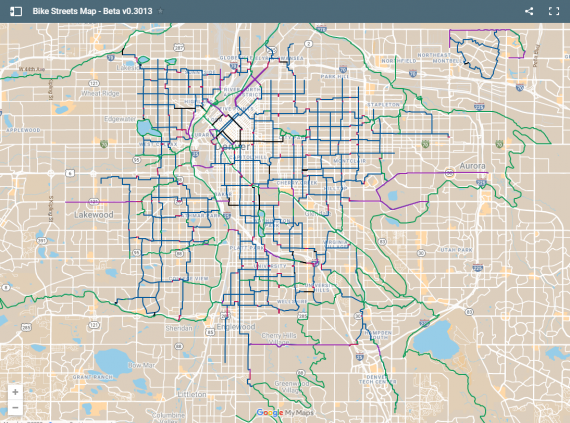 Stopper eventually wants to expand Bike Streets Project statewide, and even beyond Colorado.

For now though, the map solves one of the problems that motivated him in the first place: Finding safe streets to bike on with his young children.