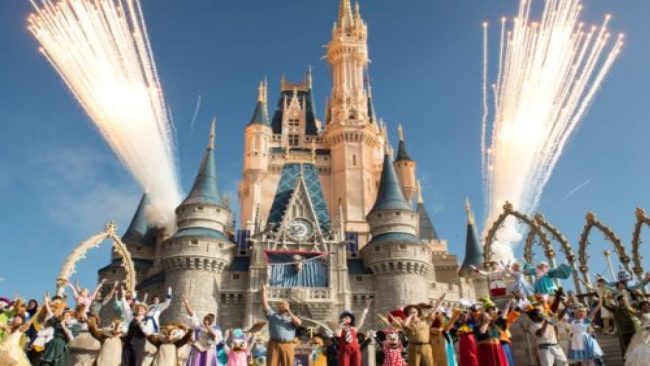 Disney is reeling from some staggering financial losses during this pandemic…but that isn’t stopping them from bringing some cheer to families on Mother’s Day.

The Disney Family Singalong is a simple, yet incredibly fun, idea. Round up some celebrities — along with their families — to perform classic Disney tunes in their homes, while encouraging viewers to give their own vocal cords a workout.

With the first event being such a huge success, Disney announced that volume 2 will air on Mother’s Day

The event will once again be hosted by Ryan Seacrest, who posted about it on his Instagram page.
https://www.instagram.com/p/B_kDZy3pDfe/?utm_source=ig_web_copy_link

The first round of celebrity guests joining “The Disney Family Singalong: Volume II” was announced for the nationwide Mother’s Day singalong event.  Performances include the following:

“Part of Your World” – Halsey

Additional celebrities and performance details will be announced soon.

The animated Mickey also returns, guiding you through on-screen lyrics so you can follow along in perfect harmony with celebrities performing beloved Disney tunes. The special will then be followed by a new episode of “American Idol,” following in the innovative remote format that debuted this past Sunday when audiences voted for the Top 10 finalists.

The new singalong special will also continue to raise awareness about Feeding America’s vast network and resources for people across the United States who are finding themselves in unfamiliar circumstances and facing hunger for the first time.