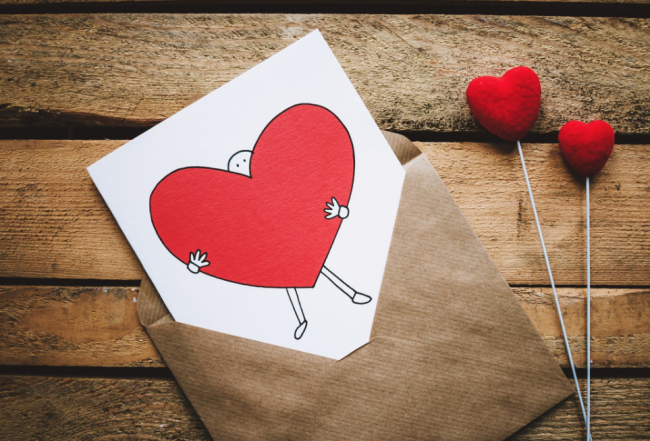 A Valentine’s Day to Forget!

During my single years, the road was rocky as I attempted to find a man who would one day be legally required to be my Valentine.

Some people call it marriage.

My most memorable S.A.D. (Single Awareness Day) was my junior year of college. I had been casually dating a guy for a month. When I say casually, I mean casually. Even though we spent an inordinate amount of time together, he had shown no romantic inclinations towards me.

He was a bit of an anomaly: drop-dead gorgeous and absolutely clueless. Women fawned over him but he was immune to their charms. He was on the fast-track in business school but was also dirt poor and worked as an on-campus janitor at 4 a.m. One gal who lived in his apartment complex offered to drive him every morning. At 3:30 a.m. “Oh, she is just being nice,” he rationalized. “Besides, she drops me off on the way to the track.” The track that did not open until 5 a.m.

I decided that if he did not make his move on Valentine’s Day that he never would. My parents had even sent him $20 to take me to dinner. But the big day approached and nothing happened. No invitation, no flowers, nothing. He finally called me the night before.

“Hey, do you have plans tomorrow?”
“Well, not exactly,” I replied coyly. “What do you have in mind?”
“I have a film I need to see for my biology class.”

Surely he was kidding. It was a cover for a romantic evening when he would finally profess his undying love for me.

When he arrived at my doorstep the next evening, he was exuberant. “Hey, thank your parents for the money they sent me!” he exclaimed. “I didn’t have to donate plasma this week and was able to put it to good use.”

Good use that evidently did not include taking me to dinner.

I still had not lost hope. Until he took me to the theatre in the biology building on campus. As dread infiltrated my very being, I realized this was all there was. I was simply a buddy he was dragging along to fulfill his class credit. Just when I thought it could not get worse, it did.

That was the last I ever saw of him.