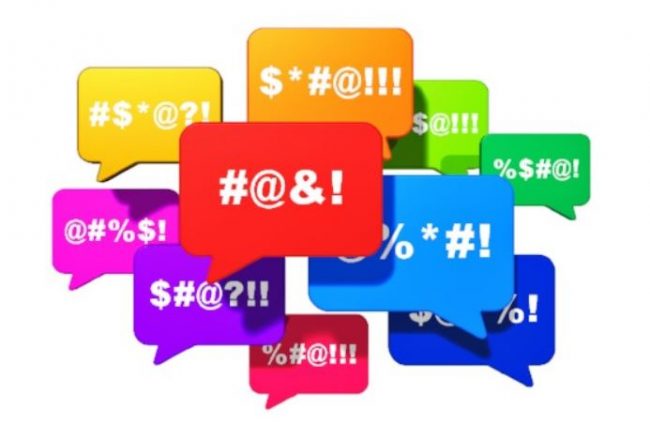 It turns out swearing is on the rise according to this study. Even without a study, we know that through all the media and social media youth are exposed to these days, they are seeing swear words like never before. That’s where our work as loving adults is required. It is crucial that we take the time to have short, calm conversations about key topics, like this one. This study found that fewer than half of U.S. parents regularly discuss social media content with their pre-teens or teens. Let’s be among those parents that do address it.

I remember so clearly when my son had a flip phone—which was only eight years ago when he was 11—and I let him text me for rides as well as to communicate with his friends. We discussed that since online communication was new to him, I would monitor it now and then to make sure that it was going okay. I recall I had a bad feeling when I saw a fair amount of swearing in texts. Can you relate? I know I’m not the only parent that feels this way when our kids start using this language. The wider reaching consequence is particularly worrisome because so much of communication happens in group chats, on social media, and playing video games online.

Similar to 5-year-olds getting a little buzz from the reactions they elicit when they use “potty talk,” preteens are getting a buzz from using “forbidden words.” It makes them feel older, cooler, and separate from parents. The primary drive, of course, is that it’s a way to fit in with their peers who are also using that language. Issues around strong words continue into their teen years, so this TTT applies to kids of all ages who communicate online.

Being strategic is the best approach to the discussion because if we lecture our kids, or if we talk about it in a concerned tone, they are likely to tune us out. One way to decrease defensiveness and push back is to bring up the science around swearing. Here is an experiment that brings up a possible upside of why an individual might say harsh words to themselves in a difficult situation. In this experiment, researchers found that the people who swore while submerging a hand in ice water were able to keep their hands in the ice much longer than those who didn’t curse. The researchers theorize that using harsh words activates the flight or fight adrenal response and interferes with the link between fearing and perceiving pain, so subjects who swore could tolerate more pain.

You might want to also talk about some of the downsides of swearing. For example, using harsh words can make the people around you feel uncomfortable. And specifically, when people swear online, it’s hard to interpret the meaning and the context of the words and you may be misunderstood.

After you bring up the science I mentioned, here is an approach to talking about this.

Go to Tech Talk Tuesday to find out how to keep the conversation going with your kids.

If you are interested in seeing Screenagers, you can find event listings on our site. Or, join the thousands of people have hosted a screening in their community to help spark change.