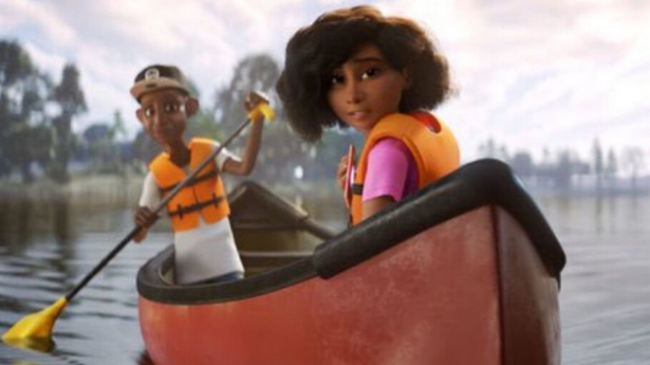 A new Pixar short film is coming to streaming platform Disney+ on January 10, 2020. Unlike the production house’s previous films, this one breaks quite a few barriers. Called Loop, the animated short film will feature a non-verbal girl of color with autism as one of the main characters. For many viewers on the autism spectrum, this is a major breakthrough; think about the last few animated shorts you’ve seen, how representative have they been? Did they have an inclusive or diverse cast? While they may have had some women as leads or some characters of color, it is highly unlikely that learning disabilities were centered. it looks like things are finally, finally changing.

“Loop” was directed by Pixar filmmaker Erica Milsom, who has featured people with disabilities in some of her previous work. Her award-winning 2017 short film “So Much Yellow,” for example, follows a 1960s family after they make the heart-wrenching decision to institutionalize their son with Down syndrome. Milsom is also working on a series called “Diana and the Cake Boys,” centered around residents in a group home for adults with intellectual disabilities.

Loop is an experimental short film that comes from Pixar’s new SparkShorts division. SparkShorts was created to give new storytellers a platform to develop their own narratives and make sure audiences heard their voices. Learn more: https://www.pixar.com/sparkshorts1.