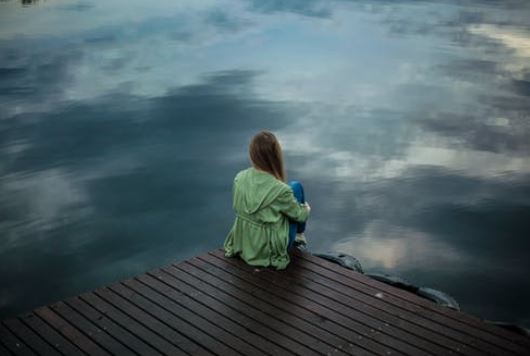 Emotional Terrorism: Coping When Your Ex Has Narcissistic Personality Disorder

I have a stalker. He doesn’t lurk in the bushes by my house with binoculars. He doesn’t follow me to work or spy on me while I run errands. But he still inserts himself into my life and the effects of his actions are present in my home. He is the father of my child.

My daughter’s father and I were never married or even in a physical relationship. I was never traditional and the way that I had my daughter was no different. I met this man on Craigslist. He wanted a child, I wanted a child and he seemed like a decent, generous and well-balanced person. I got to know him over the course of about a year. We even went to counseling together but he wasn’t wearing a t-shirt that said covert narcissist.

Even trained and experienced psychologists are fooled by the mask of normalcy exhibited by narcissists. In fact, before I got pregnant I thought of narcissism more as a flaw, like being self-absorbed or selfish which everyone can be from time to time.

Fast forward twelve years after the birth of our daughter in 2007 and I am now a walking textbook on Narcissistic Personality Disorder. I learned the grueling way about this cluster B personality disorder.

The conflict between my daughter’s father and I escalated to the point where we ended up in family court when she was 8 months old in 2008. He wanted her pediatrician to be in his town even though she lived with me Monday through Friday and I didn’t live in his town. He wanted parenting time every weekend and revealed in court he was home from his weekly out-of-state job for five months. But never asked to see her even one extra night.

At that hearing in 2008, the judge asked him if he was willing to pick her up from daycare to start his parenting time on Friday after work he said no. He wanted me to drive her to his house so it was a convenience for him even though I was working full-time. But he was forced to agree since the judge told him that he just wouldn’t see his child then.

Before the judge gave me sole decision-making for my daughter’s daycare arrangements, I couldn’t understand why this man would agree to send my daughter to a particular daycare center and then a week later change his mind, leaving me to scramble to find a new center. When I offered him more time with her I couldn’t understand why he told me that I only a few precious days of vacation and time for myself every year. Above all, I had no idea why he was so angry and couldn’t put his resentment aside, move on and co-parent without conflict.

For several years, the only label I could give him was jerk. Well, in my mind I selected a stronger word than jerk, but for the purposes of this article I’ll stick to jerk. When my daughter was about ten years old in 2017, I thought about some of his characteristics: lack of empathy, sense of entitlement and superiority, being a bully, angry, and anger issues, to name a few. I typed them into the Google search bar. Voila! Narcissistic Personality Disorder (NPD) popped up.

I was almost relieved to see that a psychological diagnosis that encompassed all of these traits… then I was horrified and devastated. This would not get better. He intimidated me, bullied me and threatened me.

I learned how to cope by appeasing him so that at the slightest inkling of conflict my self-preservation instinct kicked in and I let him have his way. However, in 2018 I had had enough and stopped bending over backward for him. That’s when all hell broke loose.

Twelve wonderful years with my daughter. Twelve excruciating years trying to co-parent with a narcissist. I’ve read all of the articles that say instead of co-parenting try parallel parenting. The authors of these articles tell those of us who have children with a narcissist to disengage from the other parent, run our households without interfering with the rules of the other parent’s home and eventually the dust will settle. Then we’ll be able to co-parent successfully and get along.

But that’s not always reality. These authors never tell you how to handle schedule changes, obstruction of medical treatments, manipulation of your child and a host of other devious and deviant behaviors when the other parent is a narcissist.

My daughter’s father and I are not co-parenting. He is counter parenting while I do my best to navigate the chaos that he creates and raise our daughter. But isn’t that the point of the narcissist’s onslaught? Once you are a target, the harassment, the manipulation and the litigation may be relentless.