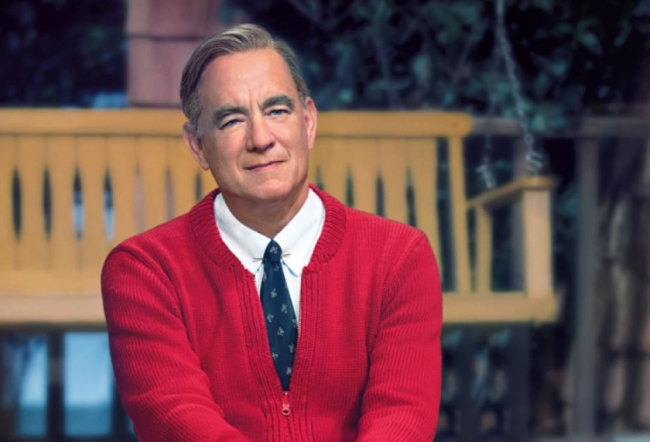 Movie Review: It’s a Beautiful Day in the Movie Theater

The most striking thing about It’s a Beautiful Day in the Neighborhood is how it seamlessly bridges childlike wonder with gritty adult realities, all guided by an extraordinary man, Mr. Fred Rogers.

Yet he isn’t the main character in this new film. Rather, the focus of the story is a world-weary, bitter, troubled magazine writer named Lloyd Vogel (Matthew Rhys). It’s based on a true story and magazine article called “Can You Say…Hero?” by Tom Junod.

Vogel is assigned to write a short blurb on Mr. Rogers for Esquire magazine’s “Heroes” edition. It was to be a simple, straightforward assignment. However, while Mr. Rogers (Tom Hanks) appears to be a simple, soft-spoken man, he is gifted with mighty powers of observation and a heart for hurting people, big and small.

Mr. Rogers knows that Lloyd is carrying a lot of pain and regret. Over the course of the film, Lloyd is guided down a road toward restoration and healing by Mr. Rogers and Lloyd’s wife, Andrea (Susan Kalechi Watson). Lloyd’s central problem involves his relationship with his father, Jerry Vogel (Chris Cooper). 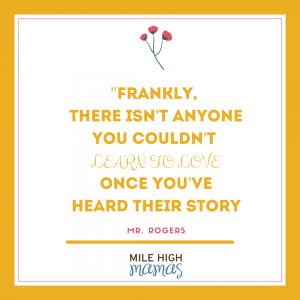 Throughout the film, it is made clear that Mr. Rogers also understands pain, loneliness, and loss. He is, after all, human. He developed ways to channel anger and sadness into safe outlets, which he not only teaches Lloyd but movie-goers as well. The entire film is both a two-hour long episode of Mr. Roger’s Neighborhood and a therapy session. I can’t imagine anyone exiting the theater angrier, sadder, or uninspired to be better and do better. One scene, set in a restaurant, is particularly breathtaking. The packed theater at the screening was dead silent, except for sniffling. Take tissues.

It’s a Beautiful Day in the Neighborhood is also visually and creatively lovely. If you grew up watching Mr. Rogers on PBS, no doubt you have a soft spot for the miniature models of his neighborhood and the puppets he created to express his emotions. When locations change in the film, like from Pittsburgh to New York City, for example, models are used to show cars driving and planes flying. This gives the movie a childlike feel while unflinchingly tackling grown-up problems. It softens those blows and reminds viewers that the world can be a gentle, safe place even when it feels like it is anything but safe.

For these reasons, this film is not directed at young children. Yes, it has Mr. Rogers but it also explores abandonment, alcoholism, terminal illness, marriage trouble, and death. The real Mr. Rogers never flinched away from discussing war, sickness, divorce, and death with children. He knew that confronting feelings and learning how to manage them was of utmost importance. But this isn’t for them. It’s for you, your older kids, for everyone who needs hope and needs a neighbor, even if it is a just a single gentleman in a red cardigan with a warm smile.

It’s a Beautiful Day in the Neighborhood opens on November 22, 2019. It is rated PG.