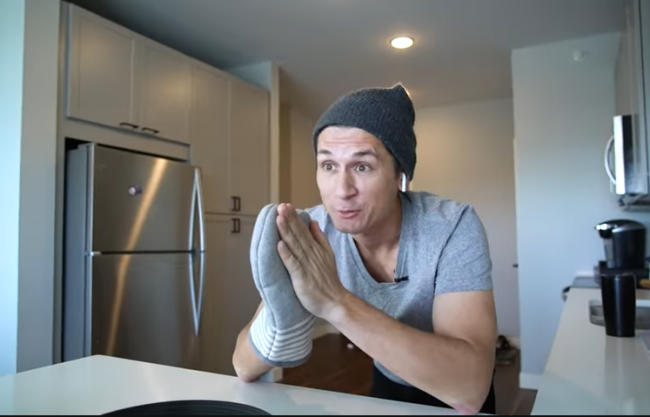 YouTube comedians Taylor Calmus of Dude Dad and Myles Montplaisir of You Betcha are on a mission to bring more laughter into the world, and they’re doing just that with a new clip that’s going viral. In the wake of the world discovering that Gen Z has a major beef with their grandparents’ generation, the Baby Boomers, Calmus and Montplaisir decided to illustrate another generational divide. Now that many Millennials are parents themselves, the way they’re raising their kids looks quite a bit different from the way they were raised by their Boomer parents.

In “Millennial Dads vs. Baby Boomer Dads,” Calmus plays a Millennial dad (probably not unlike himself) who says no to McDonald’s (gotta avoid GMOs!), imaginatively turns a basic cardboard box into a spaceship, and politely requests that a baseball coach put his son in to pitch, among other “active” parenting endeavors. Meanwhile, Montplaisir portrays a Boomer dad who kicks the kids out of the family room when he wants to watch his TV shows, gets flustered and gives up while attempting a sex-ed talk with his son, and tells his bored kids to “go play with a box over there”.