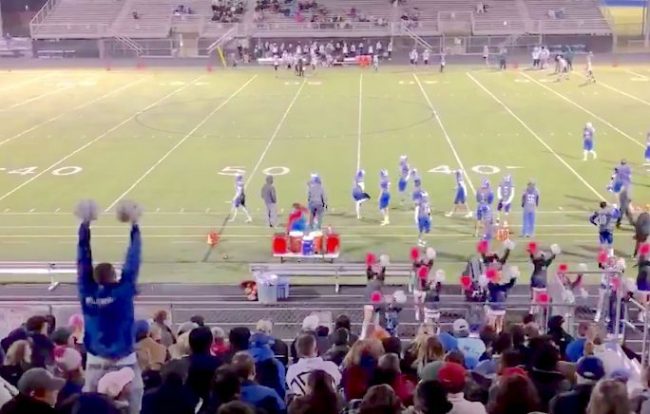 Move over Cheer and Dance Moms, Cheer Dad is here and he has some moves!

Rolland “Hekili” Holland is literally his daughter’s biggest cheerleader, and there’s video evidence to prove it.

Video showing the Virginia dad went viral, raking up more than 3 million views, after a fellow parent filmed him enthusiastically performing his 15-year-old daughter Mackenzi’s cheerleading routine in time with the squad at the York High School football game on Friday.

Talk about nailing it.

#cheerdad makes me wish every night was a Friday! pic.twitter.com/JIZv6Es3ZK