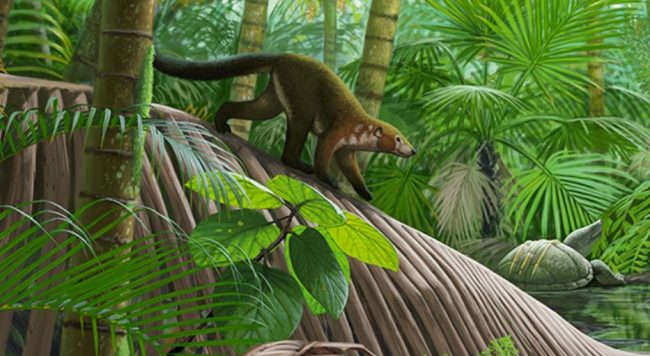 Sixty-six million years ago, a meteorite larger than Mount Everest slammed into Earth and 75 percent of species went extinct in a geologic blink of an eye, including nonavian dinosaurs. For decades, scientists worked to determine how the planet and living creatures rebounded, yet continued to know very little about the recovery. Until now.

The Denver Museum of Nature and Science recently announced a significant scientific discovery made by Museum curators Drs. Tyler Lyson and Ian Miller, along with other colleagues from our own earth sciences team and across the country. Thanks to their research at a site named Corral Bluffs, near Colorado Springs, their understanding of how mammals evolved and came to thrive after the asteroid impact and extinction of the dinosaurs is snapping into focus. This discovery will rewrite textbooks.

Their peer-reviewed paper was published last week in Science Magazine, one of the world’s top academic publications.

For the first time, exceptionally preserved animal and plant fossils from the critical first million years after the asteroid impact shine a light on how life emerged from our planet’s darkest hour.

Experience this science from every available angle:

Stream the PBS NOVA documentary “Rise of the Mammals,” beginning this afternoon, or watch the national broadcast on Oct. 30 (check local listings for showtimes).