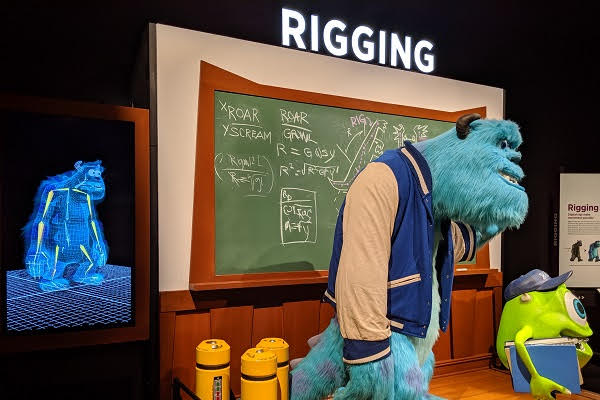 Arts and Smarts! The Science Behind Pixar Has Arrived at the DMNS

Think of your family’s happiest movie-going adventures or Friday family film night at home. You have your popcorn, soda, and candy ready as the screen blazes to life. Chances are a Pixar film is fondly featured. Legendary options include Toy Story, Cars, The Incredibles, Up, and Coco. With 21 feature films and dozens of shorts, Pixar is firmly established as a massive contributor to modern storytelling and innovative breakthroughs in computer animation.

The Denver Museum of Nature and Science has brought The Science Behind Pixar to teach, enlighten, and entertain fans. How does Pixar mix story, art, design, and technology? What is the process they use from the first story idea to the finished film you watch at the theater or at home? How have they influenced and inspired the birth of brand new forms of entertainment?

The Science Behind Pixar takes curious learners on a journey from initial art sketches to the final computer rendering. Along the way, different films serve as examples of the deeply scientific process behind the movie magic. For example, learn about Rigging (movement) from Monster’s U. How do they make surfaces look shiny, furry, dirty, aged? Examples from movies like Cars and Ratatouille help. Curious about camera shots? Bug’s Life and Wall-E provide perspective.

Facial expressions are basically the key component in acting. Animation is explored with the help of scenes from The Incredibles. How do animators light scenes? Did you know entire departments at Pixar are devoted to making light look ultra-realistic? Moods and focus are manipulated through color and angles, scientific principles. Finding Nemo, with water effects and undersea lighting, is the perfect film to teach these principles. 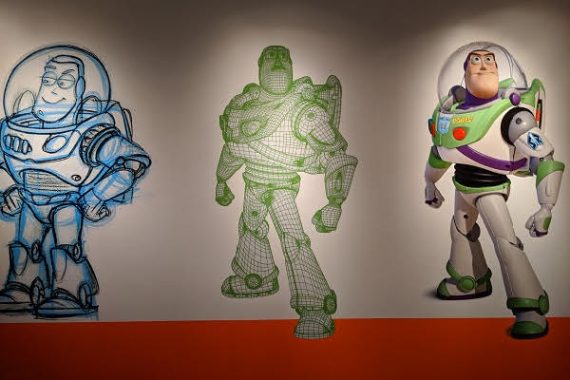 Throughout the exhibit, you and your kids aren’t simply bystanders as you snake your way through. Hands-on stations allow you to create scenes, make a stop-motion film, play with the funny and fascinating sound effects tools, and hear from Pixar employees about what it takes to be part of their team. Everyone should leave the exhibit with a deeper appreciation and understanding of what it takes to bring characters like Buzz Lightyear, Lightning McQueen, Dory, Merida, and so many others into our lives.

There are plenty of photo opportunities as well, with giant models of your favorite characters and concept art you haven’t seen. Younger children’s attention will be captured by the characters they know. However, the stations are best for older kids who can grasp the concepts behind Pixar’s use of science and math. If you can understand how a spring works as it makes waves, you can understand Brave Merida’s wild mop of curly red hair. When you understand how water flows, you can see the ideas animators used to make ocean waves in Finding Dory.

The next time you watch a Pixar film, stay through the credits. Read the thousands of names of people from all over the world who have embraced the wonderful mix of art and science. Each film is a massive achievement that deserves recognition of how people come together in a creative bond.

The Science Behind Pixar is now open at the Denver Museum of Nature and Science. It will be on exhibit until April 5, 2020. This is a timed and ticketed exhibit. They encourage you to purchase tickets in advance online for a discount. The ticket price includes admission to the rest of the museum as well. For more information about hours and to purchase your tickets, visit https://www.dmns.org/visit/exhibitions/the-science-behind-pixar/