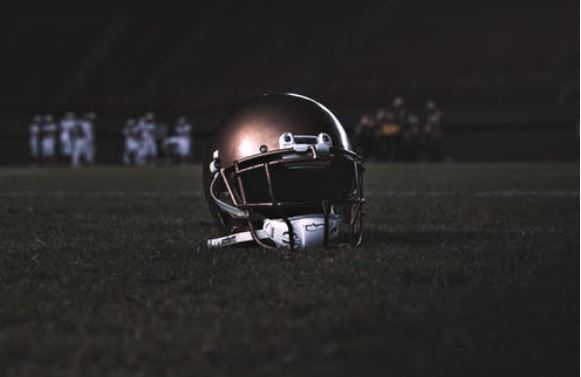 Confessions of a Fantasy Football Mom

One of the many upsides of having a large family is we have enough people for our own in-house fantasy football league. There are 10 of us, so we fill out our brackets nicely and split into 2 neat divisions.

One of the downsides of having a family fantasy football league is when the 13-month-old’s team dominates. As he’s busy splashing in the doggie’s water or clearing bookshelves, his team remains undefeated. His QB is throwing, his K is kicking, his RB is running, back. Our baby spent as much time on the research and development of his team as he’s spent on learning calculus.

Thanks to technology and the ability to autodraft players, kids of all ages can be oblivious to the fact they are in a league. The littlest members of our family, our two toddler boys, will be gratified someday to know they weren’t left out of the festivities. Our older kids are active participants in their teams, taking an interest in critically important details like team names and helmet colors. Some of them are even working on the ever-important team logo. I have some suggestions for them:

“Temporarily Relaxing on That No-Kicking Rule”

“Where Excessive Celebration is Allowed and Encouraged”

“Where Holding is Allowed and Encouraged”

Of course, real-life players get injured or face other game-changing calamities each week, so my husband and I step in to help the kids make substitutes or find new players. Our aim is to find the best player possible, even if that means they will end up with better players that we have on our miserable, depressing, bothersome, under-achieving, loathesome, tiresome, boring, perturbing, oppressive, disheartening, weak, dum-dum rosters.

Can you believe I started Kyle Orton week 3? It’s because my other QB, Michael Vick, was questionable. See what I have to work with, people? That’s why I named my team The Mama Dramas.

With the exception of our toddler boys, all the kids named their teams. Their personalities are reflected in these monikers. One of our kids named his team Dave. Just Dave. Dave is not the best team in the league. Dave has a running back named Beanie, so that amuses the owner of Dave tremendously. Every child finds value and fun in our league, even if they can’t throw a spiral. Like me.

Creating a fantasy football league for our family has been tremendously fun, even though we aren’t rabid football fans or terribly knowledgable about the players. It has forced us to step out of our comfort zones. Watching our teenaged daughter log on to check out her roster before the Sunday games was refreshing. She had no idea who to move where or why, but I predict with her competitive nature she’ll learn quickly. My husband and I hope 25 years from now, The Daddy-Os will be taking on The Football Freaks. The Hello Kitty Robots will continue to impress and The Tramping Turtles might take it all.

It’s a seasonal hobby that can grow with us, year after year, snap after snap.