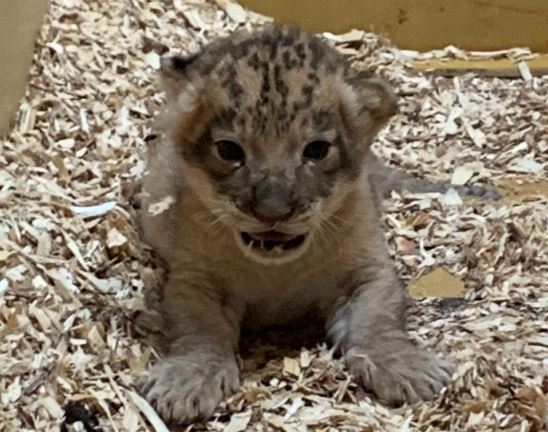 There’s a lot to roar about at Denver Zoo with the arrival of an African lion cub, who was born on Thursday, July 25 to mom Neliah, 7, and dad Tobias, 3. Animal care staff say mom and her cub, whose name and sex are TBD, are both healthy, active and alert. The cub will make his or her debut later this summer after bonding with Neliah and meeting the rest of the pride behind the scenes in Benson Predator Ridge.

Half of Africa’s lions have disappeared in the past 25 years and the species faces growing threats from poaching, loss of prey and habitat destruction. The cub’s birth is a huge success for theLion Species Survival Plan (SSP), which ensures healthy, genetically diverse populations of lions within Association of Zoos and Aquariums (AZA) institutions, and is managed by Denver Zoo Vice President for Animal Care Hollie Colahan. The SSP recommended Tobias move to Denver Zoo in 2018 as a potential mate for Neliah and her daughter, Kamara.

Neliah and the cub will stay behind the scenes for at least one to two months to give them time to bond and gradually introduce the cub to the rest of the pride. They’ll primarily stay in their den box, which the animal care provides to mimic the space Neliah would seek out to give birth in the wild. Neliah will still have access to other holding areas behind the scenes, but the addition of the den box gives her a sense of security for her and her cub. In the meantime, we’ll share footage of Neliah and the cub in their den box on the TV screens in the Pahali Ya Simba building in Benson Predator Ridge.