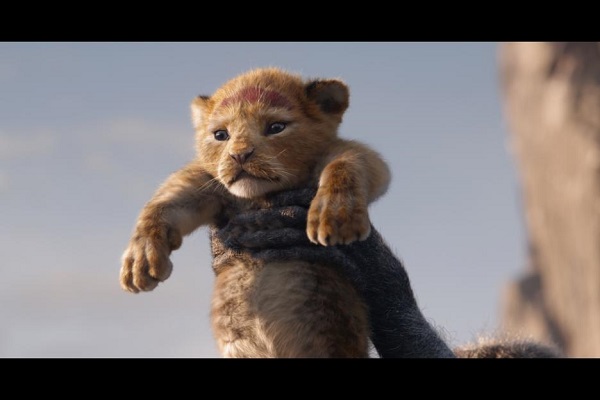 A Lotta Hakuna Matata in Disney’s New ‘The Lion King’

The summer of 2019 has been ruled by Disney’s family movies. By now, you’ve taken your kids to Aladdin and Toy Story 4, but those are fading into the rear view mirror. As summer break is on the downhill slide to school, timing is perfect for Disney’s third family film of the summer, The Lion King, to hit theaters.

Have 25 years been kind to the original story? Many of today’s parents grew up watching Simba and friends avenge his father’s death by the paws of Uncle Scar. We never dreamed of a version populated by extremely life-like CGI animals in a gorgeously rendered African savannah. The realism and visuals of this latest The Lion King are breathtaking at times. The detail of furry, fleshed-out animals and landscape elements is truly top-notch.

The nostalgia factor is enormously enhanced by the return of James Earl Jones as Mufasa, the ever-noble king and doomed father of Simba. His voice is as resonant and comforting as ever. The voice cast overflows with huge talent, including Beyonce (grown Nala), Donald Glover (grown Simba), Seth Rogan (Pumbaa), Billy Eichner (Timon), John Oliver (Zazu), and Chiwetel Ejiofor (Scar). They do a great job conveying emotion and the peril of the story.

Additionally, the same beloved Elton John and Tim Rice songs that get stuck in your head are included. The Circle of Life, I Just Can’t Wait to be King, Hakuna Matata, and Can You Feel the Love Tonight all feel like familiar friends to those who grew up loving the original film. It’s both delightful to hear them again but also a bit odd because very real looking animals are singing them.

It’s like if your dog burst into a song about not worrying, or about falling in love. The story and songs are more easy to embrace, somehow, when the characters were 2D animated. It is not an enviable job animating a realistic animal to show deep, human-like emotions. Often, the faces of the characters were flat in comparison to the passion in the voices. Of course, there are standout moments in the film. The army of creepy hyenas serve as mild comic relief at times, but are actually pretty scary in their thirst for doing evil. Somehow, they became the most interesting characters to watch even as they are utterly repulsive.

The true comic relief is the dynamic duo of Timon and Pumbaa. Still, they relied more on gross-out humor and snark, but they did have one surprising bit where Timon invokes another Disney classic as a distraction tool. If these were real animals in real Africa, you’d have to wonder how they’d know about this.

One interesting thing to note is the run time difference between the two The Lion King films. The original run time is 1 hour 28 minutes while the 2019 version is 1 hour 58 minutes. Of course, much of that is due to the credits being longer. The new song adds time, but the story is stretched. Don’t expect an exact retelling, but the highlights are hit and the must-sees are included.

I suggest watching both back-to-back or within a day or two of each other. The new version is ambitiously done with a lot of care for visuals, but is it a story that needed retelling in such a fur and dung and fang-centered way? For 25 years, The Lion King has been a part of our collective cultural story and it will continue to for years to come, but I suspect it will be for the original version when the dust of the cape buffalo stampede settles.