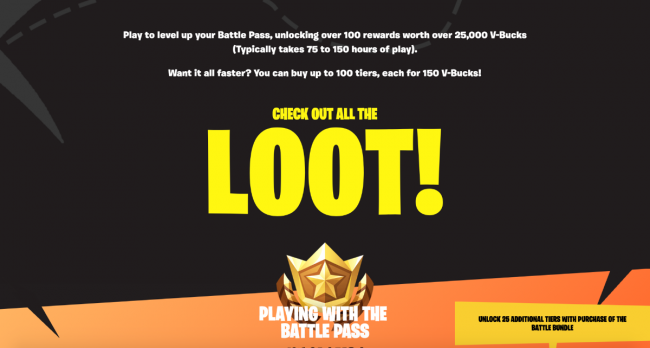 Fortnite and the Downside of Loot Boxes

Prince Harry recently shared his major concern with video gaming and Fortnite in particular. At an event at the YMCA in London, he said game companies are working “to keep you in front of a computer for as long as possible.” He spoke about having friends who are struggling with their children over the game. He had just returned from a babymoon, so clearly parenting is on his mind. By the way, I had to look up babymoon and it is a vacation you take with your partner before you have your baby, usually in the second trimester.

Video gaming is a $180 billion market worldwide. It is larger than film, music, and television.  Within gaming, some estimates put the value of “virtual goods” at more than $50 billion. No wonder why everyone is looking for a piece of this market.

Loot boxes are packages filled with prizes, weapons, gear or an aspect of the game that advances gameplay. You can earn loot boxes by reaching certain levels or paying real money for them with in-game microtransactions. This means if a kid sees a message pop up that offers a loot box for .99 cents and then buys it, your credit card attached to the game (do you remember putting it there for in-app purchases?) will be charged.

Here are 3 other TTTs you may be interested in:

Unhooking from Games, Including Fortnite
Fortnite, Addiction, and What to do About it
$100K For No Phone? When Does Bribery Work