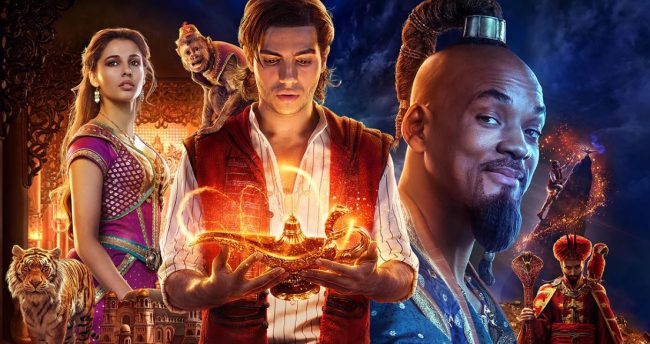 Will Disney’s Aladdin Steal Your Heart?

Aladdin opens with a sweeping shot of boats on a sea. One is large and grandly decked out. The other is small and humble. Two children aboard the smaller boat wish it was more like the large ship. Their father decides now is the perfect time to tell a story. Just like the original, this mysterious narrator launches into “Arabian Nights” setting the place and time for the unfolding story of everyone’s favorite street rat, Aladdin (Mena Massoud).

Aladdin is perfectly cast. He is charming, quick with a smile and a wink, but also utterly sympathetic. Massoud captures how Aladdin swings between preening and cringing, sometimes seconds apart. He was a joy to watch in every scene as he dodges palace guards, wrangles the mischievous kleptomaniac Abu, and clumsily woos Jasmine (Naomi Scott). She is strong, ambitious, and spunky, with a lot more depth of character than in the 1992 animated film.

Aladdin is a half hour longer than the original, so there is ample time to flesh out characters, including their backstories and motivations. Jafar (Marwan Kenzari), who was the typical sneering Disney villain, is given a history, which he relates to Aladdin. Jafar’s motivations and thirst for power stem from a very similar origin, yet the two men show how choices can set each of us on very different paths. One can be an evil power-mad vizier. The other? A diamond in the rough.

Everyone’s biggest question about the film centers around Genie. The outsized true star of Aladdin, then and now, is Genie. To compare Robin William’s Genie to Will Smith’s Genie is difficult to do. Genie’s big curly shoes are not easy to fill. In fact, when images of Smith’s blue-skinned Genie were first released by Disney, people were skeptical and even angry over the audacity of it all. To match William’s memorable take on the supernatural lamp-based being, Smith would have to deliver an extraordinary performance and make it solely his own. I argue he does. While 1992’s Genie was basically Robin Williams channeling himself, the new Genie is Will Smith as you think of Will Smith. He brings his brand of humor, warmth, skeptical smirk, and energy to the role. And, thankfully, he is rarely blue. You can like both actors and their takes on Genie.

The visuals in Aladdin were gorgeously done. Vibrant colors and over-the-top production make most of the musical numbers pop. The “Prince Ali” of Ababwa song was pure delight to watch. Best parade into a city to woo a princess, ever. “Friend Like Me” is packed with updated twists for the times and “A Whole New World” features the familiar magic carpet ride and beloved song just as you remember it. One new song, performed by Jasmine, is “Speechless” and it will be interesting to watch if it becomes a big part of pop culture like the other songs.

Aladdin stays faithful to original story elements, especially the beloved highlights. Yet, there are several key plot points that are resoundingly different. Jasmine has more agency and character development, which is a good thing. But Iago is not as fun as he was in the animated story, for example. The Cave of Wonders, which should be amazing with today’s CGI abilities, is a let-down. One brand new character was grating. A particular dance scene featured modern moves that seemed out of place and silly. At times, it felt like it was trying too hard to be funky-fresh, to borrow 1992 terminology.

However, Aladdin 2019 is still a fun, popsicle-colored and summer-soaked time at the movies and I guarantee you will be singing for days and days. But, do your family a favor and rotate the songs a bit. 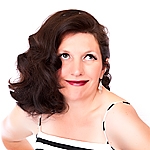 Gretchen is a mom of nine careening toward 50 in Colorado. She writes about the people, places and things she loves.