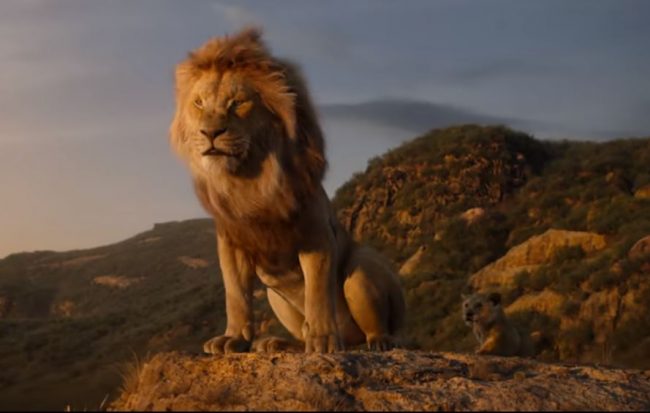 Disney Live Action’s latest movie trailer was just released and we couldn’t be more thrilled that Lion King has been added to the line-up!

Director Jon Favreau’s all new feature film journeys to the African savanna where a future king is born. Simba idolizes his father, King Mufasa, and takes to heart his own royal destiny. But not everyone in the kingdom celebrates the new cub’s arrival. Scar, Mufasa’s brother -and former heir to the throne- has plans of his own. The battle for Pride Rock is ravaged with betrayal, tragedy and drama, ultimately resulting in Simba’s exile. With help from a curious pair of newfound friends, Simba will have to figure out how to grow up and take back what is rightfully his.

P.S. Do you want to get your lion fix now? The splendid, award-winning film Mia and the White Lion is getting a U.S. release on April 12.

Three years in the making, 10-year-old Mia has her life turned upside-down when her family decides to leave London to manage a lion farm in Africa. When a beautiful white lion, Charlie, is born, Mia finds happiness once again and develops a special bond with the growing cub. See the trailer at https://www.milehighmamas.com/blog/2019/04/10/movie-mia-and-the-white-lion-released-in-the-u-s/.